Rio de Janeiro is about to become the first city in Brazil to buy Bitcoin as a store of value. 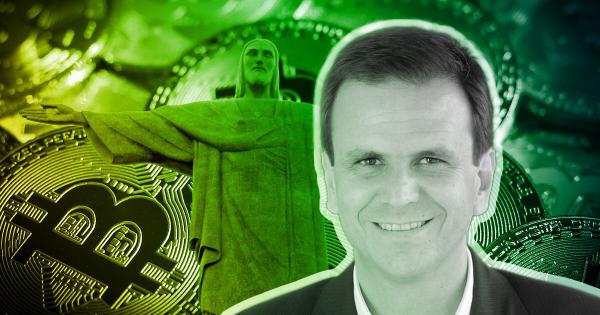 Rio de Janeiro is about to become a crypto hub and the first Brazilian city to buy Bitcoin as a store of value, according to its mayor Eduardo Paes, who made the announcement at the Rio Innovation Week, O Globo reported.

Paes participated on the first day of the largest innovation and technology meeting in Latin America along with Miami Mayor Francis Suarez–declared Bitcoiner, who made his municipality one of the first cities in the world that launched its own cryptocurrency–the MiamiCoin.

“We will launch Crypto Rio and invest 1% of the Treasury in Bitcoin,” said Paes, as it still remains to be seen how many coins the city will be able to purchase in the market when it acts.

A decree establishing a working group to deal with the issues of buying Bitcoin for Rio de Janeiro’s reserve is underway, assured Paes, who is eager to position his city ahead of major metropolises when it comes to harnessing innovation.

“Today’s world revolves much more around a network of cities, the so-called global cities. Miami and Rio are global cities, attracting people, functions, and organizations. This international dialogue is very important,” said Paes, as he revealed his ambition for Rio to become the tech capital of South America.

10% discount on taxes when paid in Bitcoin

Rio’s mayor also revealed an interesting incentive for those who adopt Bitcoin for payments.

According to Paes, the city administration is looking forward to providing a 10% discount on taxes when paid in Bitcoin.

However, several details of his plan still remain to be revealed, such as who will take custody of Bitcoin purchased by the city, as well as the coins received by tax payments.

In addition, it’s still undisclosed if Rio will seek help for processing Bitcoin payments from a specific service provider.

Finally, Paes also didn’t mention whether he intends to follow Suarez’s footsteps to create Rio’s own cryptocurrency in the future.

Brazilians bought over $4 billion worth of crypto in 2021