Terra’s UST recorded some inflows despite losing around 100% of its value and 99% of assets under management. Per the report, the asset saw an inflow of $0.043 million. 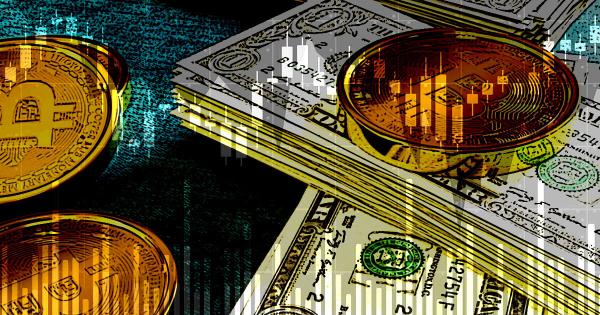 CoinShares’ latest report has revealed that investment into crypto products scored a record inflow of $274 million last week as crypto investors looked to take advantage of the market-wide crash that resulted in the market cap of the industry dropping below the $1.5 trillion mark.

According to the report, the primary beneficiary of the influx of funds was Bitcoin, which saw $299 million last week. Although the flagship digital asset saw its value drop below the $30k level, “investors were flocking to the relative safety of the largest digital asset.”

A surprising revelation was that Terra’s UST also recorded some inflows despite losing around 100% of its value and 99% of assets under management. Per the report, the asset saw an inflow of $0.043 million.

The Ethereum network has continued to see outflow this year. Last week, the network recorded $27 million in outflow, bringing the total for the year to $236 million, which is 2.6% of its assets under management (AuM).

The continuous outflows from Ethereum could be due to the increased competition by other networks, which have become increasingly attractive to investors.

While the reason for Ethereum outflows remains largely unknown presently, it could be tied to its failure to live up to its promise of migrating to a proof of stake blockchain.

The hopes of that happening were relatively high earlier this year after it launched The Kiln testnet, which was supposed to precede The Merge.

But any hopes of that happening by the second quarter of the year ended when developers announced that it had been postponed to an unknown date.

As for ETFs, Purpose ETF saw the most inflow with $284.8 million, while others like CoinShares physical and ProShares also recorded some inflows.