Bitcoin-based investment products have returned negative gains in the month of November while other digital assets have been mostly positive. 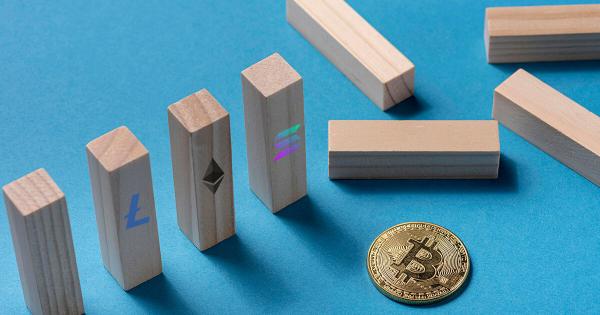 In its latest Digital Asset Management Review, CryptoCompare has reported that in November, alternative crypto-asset investment products, such as Ethereum, Litecoin and  Solana have outshined those of Bitcoin ETPs, as they raked in better gains than the flagship digital asset.

According to the report:

It was also revealed that the average daily trading volumes of the entire crypto-based ETPs have fallen by 13% to $732 million in November, however, popular ETH-based exchange-traded products rallied to new heights though it was still below the highs seen during the beginning of the year.

Interestingly, Litecoin and Solana-based exchange-traded products performed well, while Grayscale’s crypto basket fund, on the contrary, only returned a negative gain of -15.5%.

You may recall that the value of Bitcoin plummeted to below the $60k mark during the month. On the other hand, altcoin-based products were favored in the month, as the product of 21Shares’ ASOL (Solana-based product) and Grayscale’s LTCN (Litecoin-based product) returned 22.0% and 14.9% gains respectively.

This report corroborates a number of previous CoinShares reports where the crypto analytics site reported that other digital assets like Solana and Cardano have seen more institutional investors recently than Bitcoin.