A relief rally keeps the macro-bull intact. But in any case, the recent downturn was the smallest of 2021 so far. 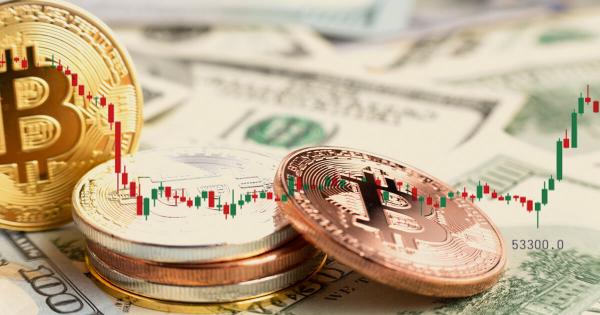 After hitting a new all-time high of $69,000 on November 10, Bitcoin has been caught in a downtrend. Friday’s 9% swing to the downside sent jitters across the market, but strong support at the $53,800 level proved fortunate for bulls.

Since then, two further retests at $53,800 have also held firm. Crypto YouTuber Lark Davies observed that the latest bounce keeps alive a five-month uptrend line. Implying that, despite the uncertainty of the past few days, the macro-bull is still on track.

Since trending down from its all-time high, sentiment has also dived, moving into fear over the weekend. Currently, the Fear & Greed Index gives a reading of 33, slightly up from yesterday’s rating of 27. But still, characteristic of fickle market sentiment.

As IOHK CEO Charles Hoskinson mentioned at the start of the downturn a week ago, focusing on short-term price action and panicking is the wrong approach to take.

What Hoskinson calls for is a greater focus on the bigger picture, which, as he sees it, is the eventual adoption of crypto on a mass scale. While he couldn’t put a price on that, as it relates to ADA, if that were to happen, early investors (and hodlers) would be better off long-term.

How the recent Bitcoin downturn stacks up against others in 2021

While the recent sell-off may have sparked fear in certain sections of the crypto community, as far as sell-offs go, it was the least severe one in 2021.

Analysis by Glassnode looked at drawdowns from the all-time high to calculate a percentage for each sell-off in 2021. The recent November drawdown comes in at just -21.8%, the smallest drop by this criterion.

“#Bitcoin has traded down -21.8% off the ATH during this months [sic] correction. It may be a surprise that this correction is actually the least severe in 2021, measured in terms of drawdown from ATH.”

The May to July period was triggered by a series of adverse reports starting with Elon Musk’s U-turn on Bitcoin due to a belief Bitcoin mining is highly polluting. During this period, the other prominent piece was China ramping up anti-crypto moves, including a mining ban and further restrictions on retail crypto traders.

Although Bitcoin’s trendline remains intact, sentiment won’t change until the price moves back above $59,000. Nonetheless, today’s rally was a welcome relief for those worried about the end of the bull cycle.