OpenSea disagrees with the data from DappRadar, says data on Dune Analytics are more correct. 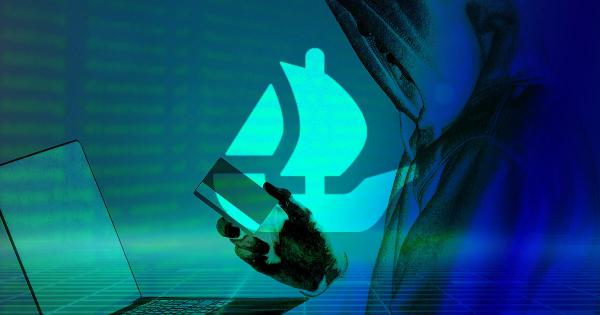 Activities on OpenSea have dropped considerably on the back of the recent phishing attack that saw its users lose around $3 million worth of their NFTs.

According to available data from DappRadar, trading activities dropped by 37% to around $660 million, while the number of traders on the largest NFT marketplace also dropped by close to 20% to just a little above 220,000.

This appears to be the effect of the recent heist on the platform. Per our report, the attacker successfully mimicked an OpenSea email urging its users to move their NFTs to a new smart contract; however, the attacker’s email smart contract tricked the original holders into selling their digital token for zero ETH to him.

A quick situation report revealed that no fewer than 17 users were victims of the hack, with a loss valued at $1.7 million. However, independent researchers estimate that the figure could be between $2 million and $3 million.

One of the said victims who lost a Bored Ape, Timothy McKimmy, has filed a lawsuit against OpenSea accusing the firm of “negligence” and wants the court to order the firm to reimburse him “the valuation of the Bored Ape, and/or monetary damages over $1,000,000.”

…Disagrees with data from DappRadar

A statement from OpenSea, however, shows that they do not agree with the figures from DappRadar. According to the crypto firm, “more accurate and complete data are on Dune Analytics.”

A look at data from Dune Analytics would show that the recent attacks have had little to no effect on the trades and user activities on the platform.

LooksRare, a rival NFT platform launched in early January, is possibly one of the new places OpenSea users decamped to.


However, DappRadar data from the last seven days showed that the platform also saw its trading volume drop by 65%, while BloctoBay, a relatively new marketplace built on Flow blockchain, saw its trading activities rise by 215%.

In another development, Mintable, a new NFT marketplace, has revealed that it has recovered 3 NFTs that were part of those stolen in the recent OpenSea attack.

According to a press statement issued by the marketplace, the NFTs were found on LooksRare, a platform it describes as an abode for “wash trading and stolen NFTs.”

Mintable went on to state that it was purchasing NFTs to sell on its platform before coming “across (the) listings for the stolen NFTs and bought Azuki #1178, #4176, and #1180 for about 13.35 (ETH) each and would like to return them to their previous holders.”