Puerto Rico is fast becoming a haven for the crypto wealthy, much to the resentment of some locals. 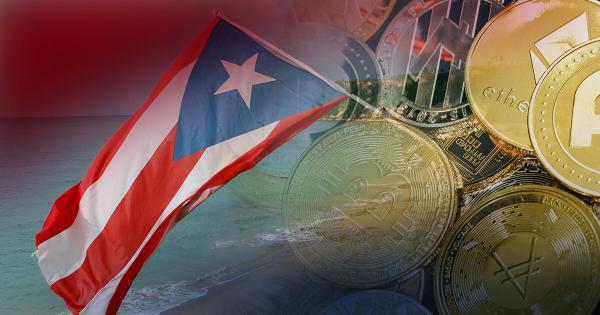 The arrival of crypto millionaires to Puerto Rico has locals fearful of getting displaced.

Wealthy ex-pats, particularly those who made their fortune in cryptocurrency, are flooding the Caribbean island, making life “untenable” for the locals.

The residential district of San Juan, located to the north of Puerto Rico overlooking the Atlantic Ocean, is a magnet for wealthy foreigners. Since 2020, a real estate agent sold all but one property in the area to ex-pats.

“Over the past two years, every building but one that Margarita Gandia’s real-estate agency sold in Old San Juan went to a U.S. mainlander or a foreign buyer.”

The upshot is that property prices have skyrocketed recently, pricing locals out of the market. As expected, some Puerto Ricans are angry over the situation. More so, the unequal tax treatment that draws crypto millionaires to the island in the first place.

In 1898, Puerto Rico became a U.S territory after the Spanish-American war. But as an unincorporated territory, Puerto Rico is neither a sovereign nation nor a U.S state.

U.S citizens don’t require a residency permit to live in Puerto Rico. By spending 183 days there, Americans can establish residency and qualify for tax status.

One U.S crypto investor inferred the ongoing health crisis is a likely factor in all of this. He said he moved to Puerto Rico because all his friends did. Given that the trend started around two years ago, his presumption is reasonable.

“That’s where all my friends are. I don’t have one friend left in New York, and maybe the pandemic accelerated this, but every single one of them has moved to Puerto Rico.”

Not only are some Puerto Ricans shaken over rising property prices, which, over the last two years, have tripled in popular areas like San Juan, but they also feel aggrieved by the inequitable tax treatment.

While wealthy ex-pats make full use of Act 60, locals don’t enjoy the same tax breaks. This has driven the narrative that the government is “rolling out the red carpet” for foreigners at the expense of locals.

“But those perks aren’t available to those already living in the U.S. territory, where most people pay capital-gains levies of about 15% and the economy has been in the doldrums for a decade.”

At the same time, Puerto Rico is struggling economically, with 43% of the inhabitants living in poverty. The situation is exacerbated by the collapse of tourism due to the health crisis.

The Head of the Puerto Rico House Finance Committee, Jesus Santa, said the influx of wealthy ex-pats isn’t a bad thing. It’s just, this shouldn’t be at the expense of the locals.

Diversifying a cryptocurrency portfolio shouldn’t be so complicated