How the crypto wealthy are gentrifying Puerto Rico

Crypto wealthy U.S. citizens are driving up property prices and the cost of living for native Puerto Ricans, much to their anger. 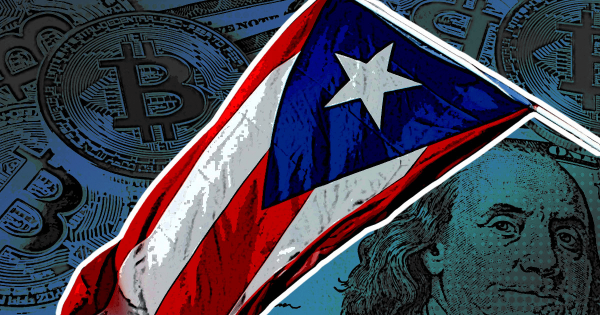 Thanks to low taxes and island living, Puerto Rico is gaining favor as a relocation hotspot for the crypto wealthy.

A recent Times article likened this next-generation of “blockchain brats” settling in Puerto Rico to “the champions of Silicon Valley,” only more idealistic and confident compared to the old guard.

The mass migration of the crypto wealthy is detrimental to locals as it is displacing natives, who complain about being priced out of the property market.

The problem is expected to become further exacerbated as this trend gathers pace.

Puerto Rico is a tax haven

Puerto Rico is an unincorporated U.S. territory, meaning it falls under U.S. jurisdiction but only in respect of select parts of the Constitution. Therefore, it is neither a U.S. state nor an independent country.

Puerto Ricans are considered U.S. citizens and can freely travel and live in America. Equally, the same applies to U.S. residents, who are free to travel to and live in Puerto Rico.

However, some fear the mass migration of wealthy U.S. citizens is negatively affecting the living conditions of locals.

The changes first began in 2017 following the devastation caused by Hurricanes Irma and Maria. The Puerto Rican government offered big tax breaks to lure foreign investors to the island, particularly those buying property.

The tax breaks set off a chain of events that made Puerto Rico an irresistible draw for crypto-wealthy U.S. citizens. Five years after the policy change, locals are increasingly angry over the situation.

Tensions bubbled over in February as native Puerto Ricans took to the streets to demonstrate against gentrification. Among the rallying cries were signs that read:

“Puerto Rico is not for sale.”

YouTuber Logan Paul and the co-founder of EOS’ developer Block.One, Brock Pierce, were both singled out during the protest. Their faces were printed on various placards.

Fueling the anger of locals is displacement due to being unable to afford their homes.

Data shows the cost of a single-family home has risen 18% compared to 2021. In addition, a knock-on effect has seen the cost of living go up.

You can become an island paradise “crypto citizen” for just $248. But what’s the catch?

What’s the deal with Portugal and why is everybody moving there?