With over $1 trillion wiped off the crypto market this year, public companies holding Bitcoin could be reporting significant impairment losses for Q2. 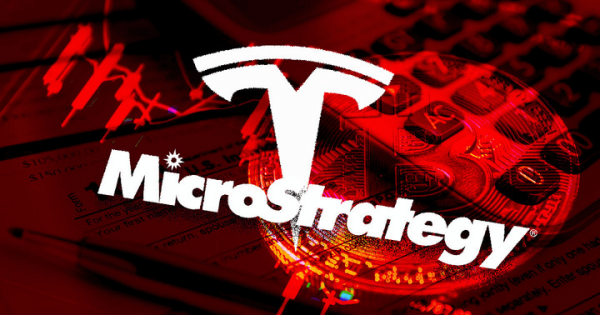 According to Bloomberg News, MicroStrategy could report a significant impairment loss of $3.4 billion due to the sharp decline in BTC prices between April and June 2022.

The company reported $5.9 billion in Bitcoin holdings at the end of the first quarter.

That number has now dropped to $2.4 billion, representing a 58% drop in value within three months.

MicroStrategy, however, remains committed to its Bitcoin goal as it bought 480 bitcoins for $10 million between May 3 and June 28.

Meanwhile, Tesla’s holdings — $1.5 billion worth of BTC bought in February 2021 — were valued at $1.2 billion at the end of the first quarter.

Tesla’s holdings fell around 33% during the second quarter to the current estimated value of $820 million — an impairment loss of over $400 million.

Meitu, a Hong Kong-listed company, has recorded impairment losses on its Ethereum (ETH) and Bitcoin holdings. According to a filing released by the firm, it lost $45.6 million.

The company attributed this loss to the rapid decline in the crypto market.

Meitu has yet to sell any of its crypto holdings.

Apart from the companies mentioned above, another public company that could face impairment losses from its Bitcoin investment is Jack Dorsey’s Block.

According to available information, the company currently holds over 8000 units of Bitcoin, and a filing in the first quarter of the year revealed that it suffered no impairment loss.

But that could change significantly, considering BTC lost 58% of its value in the second quarter.

However, CEO Jack Dorsey remains bullish on the asset and recently announced that Block will build a decentralized internet on the Bitcoin blockchain.

Meanwhile, the significant unrealized losses for these companies could discourage other investors from buying Bitcoin.

As of press time, Bitcoin was trading at $19,481, according to CryptoSlate data.