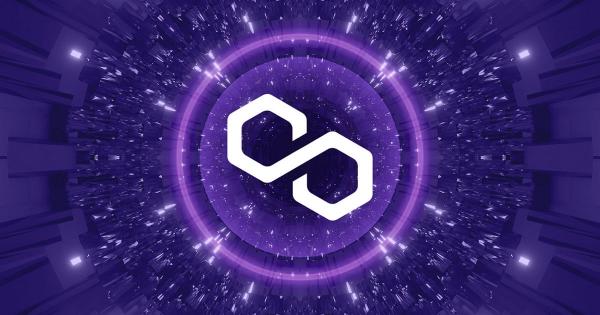 Polygon has revealed an acquisition deal that will see the Ethereum Layer-2 platform buy Predictive Labs and its Mir blockchain in a $400 million deal.

Developers Predictive Labs specialize in zero-knowledge roll-up technology, which is gaining traction as a viable privacy and scaling solution.

With one eye on the future, the deal forms part of Polygon’s wider strategy to reduce Ethereum gas fees and speed up its transactions.

But with so many Layer-2s, for example, in Arbitrum, Optimism, and Immutable-X, to name a few, is the Ethereum ecosystem getting overcrowded?

Polygon hosted the zk Summit on Thursday, which they billed as the leading space to discuss zero-knowledge technology.

Zero-knowledge refers to a verification method in which one party (the prover) can prove to another (the verifier) that a statement is true without revealing information about said statement.

There are variations to this, such as zk-SNARKs, in which the prover and verifier don’t need to interact, thus fostering greater privacy and security.

In the run-up to the summit, much was made about a major announcement to be revealed. In turn, this fueled significant speculation over Polygon’s future plans.

The big reveal turned out to be the acquisition of zk specialists Predictive Labs. Polygon will pay $100 million, plus 190 million $MATIC tokens, valued at $400 million in total at today’s price.

Concerning the acquisition, Polygon co-founder Sandeep Nailwal said his firm wants to offer a wide range of affordable and efficient scaling solutions for web3 developers. He added that the deal with Predictive Labs ensures they stay on track with providing this.

“The addition of Mir enables Polygon to gain access to the world’s fastest and most efficient ZK scaling technology.”

Mir will integrate into the Polygon ecosystem under the name Polygon Zero.

Earlier this week, Ethereum co-founder Vitalik Buterin posted an article on the “endgame” for Ethereum 2.0.

While he only mentioned Polygon briefly, within the context of a good “block producer,” he did dedicate a significant portion of the piece to zk technology. Thus indicating its importance to Ethereum’s future as a scaling and privacy tool.

Among the four main roadmap goals Buterin wishes to achieve, he sees zk-SNARKs as integral in providing additional security as part of the distributed roll-up process he has in mind for improved scalability.

“ZK-SNARKs can cryptographically prove block validity directly; fraud proofs are a simpler scheme where if a block has an invalid bucket, anyone can broadcast a fraud proof of just that bucket. This provides another layer of security on top of the randomly-assigned validators.”

He envisions zk-SNARKs’ role as a proofing mechanism for block validity.