Polygon teases a major announcement to be revealed at the zk Summit on December 9. 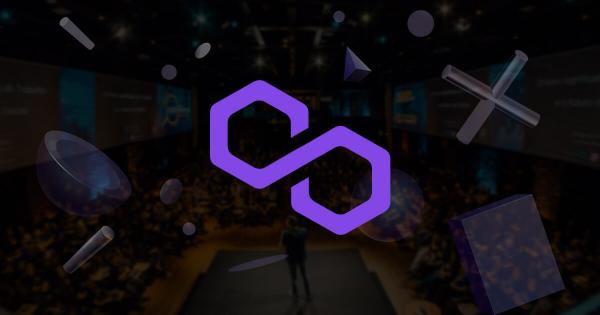 Ethereum layer-2 scaling platform Polygon is hosting the zk Summit next Thursday. The firm bills the event as a space to discuss zero-knowledge technology to examine its use in advancing the cryptocurrency sector.

“Join the leading lights of the Zero-Knowledge space for a discussion about the future of zk-STARKs and applications of ZK proofs.”

Concluding the tweet thread, Polygon teased a major announcement to be revealed during the Summit – building speculation over what this could be.

😉 #Polygon will be making a major announcement during the summit.

➡️ Save Your Spot Now: https://t.co/eQxFL69MkP to witness the exciting announcement!

Zero-knowledge refers to a verification method in which one party (the prover) can prove to another (the verifier) that a statement is true without revealing information about said statement.

“In a zero-knowledge proof system, the prover is able to prove to the verifier that they have the knowledge of a particular piece of information (such as the solution to a mathematical equation) without revealing the information itself.”

When combined with other technologies, such as zk-SNARKs, in which the prover and verifier do not interact, the bedrock for enhanced privacy and security is in place.

Similarly, combined with rollups, in which transactions are batched together and submitted to the mainchain via a single transaction, can improve scalability by cutting the number of transactions needed to be processed.

All in all, considering Ethereum’s scaling problems and the subsequent knock-on effect of a network at capacity on gas fees, Polygon’s research and development in this area are long overdue.

The schedule for the Polygon hosted zk Summit on December 9 is as follows:

The event promises live demonstrations of the technology in action. But the most enticing item in the schedule is the major reveal. Aside from the obvious, something concerning zk technology, speculation is rife surrounding how this relates to Polygon.

Since mid-November, $MATIC has been trending upwards, posting 16% gains on Wednesday off the back of news 21Shares is listing a $MATIC based Exchange-Traded Product (ETP) on Euronext Paris in EUR, and Euronext Amsterdam in USD.

21Shares is the world’s largest issuer of crypto ETPs, while Euronext is a pan-European stock exchange operating from various European capitals, those being Amsterdam, Brussels, Dublin, Lisbon, Milan, Oslo, and Paris.