The high-speed blockchain has garnered quite the fan following in the past year. 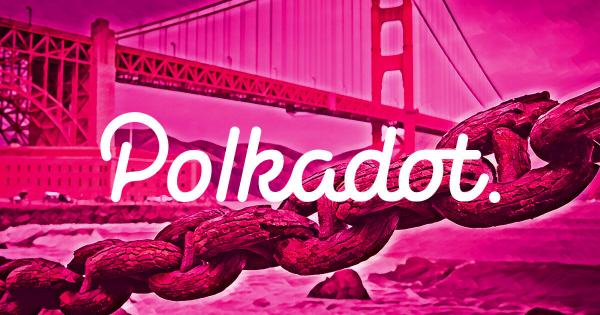 The high-speed blockchain has garnered quite the fan following in the past year.

Blockchain ecosystem and crypto protocol Polkadot saw the launch of its first-ever parachain yesterday, a move that pushed the prices of its DOT token to over $14 as of press time.

An open-source project founded by the Web3 Foundation, Polkadot is built and maintained by five teams commissioned by the foundation. Its DOT token serves three functions — governance, staking abilities, and bonding to “parachains” — and helps power use cases for the blockchain project.

.@Plasm_Network has deployed the first parachain on Rococo V1.

"Our highest priority in 2021 is to become a Polkadot parachain and build a dApps hub on Polkadot. Today we became the first parachain on Rococo V1."https://t.co/4IepafdL90

Parachains are similar to Ethereum’s shards. They spread transactions across multiple nodes and allow for a faster and more-scalable network.

However, the slots for such Parachains are limited, with Polkadot intending to auction them off in nonpermissive candle auctions. In the mid-term (over the next few years), only about 100 parachains slots are available for teams and developers, which creates a huge gap between market demand and supply.

And yesterday saw the first of those launches.

Plasm Network connected to Polkadot’s Rococo in August 2020 and was officially launched yesterday. The project is a layer-2 technology that runs over Polkadot, supports and runs smart contracts, and solves the critical problem of scalability for dApp developers.

“Our highest priority in 2021 is to become a Polkadot parachain and build a dApps hub on Polkadot. Today we became the first parachain on Rococo V1,” Plasm Network said in a tweet.

As stated back in August, the launch on Plasma would see Plasm launch a PoC with Acala Network, a cross-chain finance hub, and stablecoin protocol to make the first Polkadot cross-chain use case.

This would bring about the first cross-chain, an interoperable program to the broader Polkadot ecosystem.

Meanwhile, traders pushed up the price of DOT to over $12.5 upon news of the launch. The token remains in a firm uptrend, trades about its 34-period exponential moving average, and currently has no resistance levels (from past buyers) above it.

At press time, and as per Cryptoslate’s DeFi data page, there are currently over 899,80 DOT tokens in circulation with a market cap of $11 billion. It has returned over 127% to investors in the past month, and 34% in the past day itself.

Polkadot vs. Kusama, why the two “cousin” blockchains are here to stay

Polkadot emerged as one of the biggest “Ethereum killers” this year, with its high throughput, low-fee network, and the demand for such features booming as the DeFi sector surged in 2020.

Polkadot emerged as one of the biggest “Ethereum killers” this year, with its high throughput, low-fee network, and the demand for such features booming as the DeFi sector surged in 2020.

Ethereum has long been the leading smart contract blockchain after its launch in 2015.