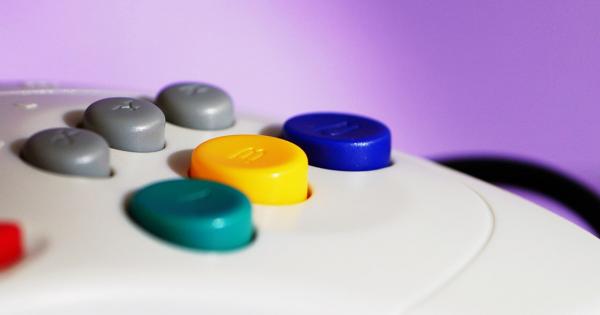 Now, the region, which pioneered many culture-defining titles has been quietly positioning itself for the global mainstream adoption of games powered by blockchain technology.

In more ways than one, the marriage of the gaming and blockchain world has been a natural one. For instance, gamers were among some of the first cryptocurrency miners, since the same GPU (Graphics Processing Unit) cards used to play games could also be used to secure cryptocurrency blockchains.

What makes the application of blockchain so significant to the gaming sector is that the transparency, immutability and security that the technology offers has sparked a revolution. In-game currencies are no longer limited to a digital universe but has the potential to derive real-world value via cryptocurrencies and – through exchanges and marketplaces – traditional national currencies.

Blockchain technology also allows for something new in gaming – secure digital ownership of virtual assets. In a space where in-game objects like cosmetic skins – which can cost users up to US$999 – or powerful weapons are so highly valued that they’re regularly targeted by cybercriminals, blockchain-based assets could be a true game-changer.

This helps to protect the real-world value of in-game assets and currencies. Blockchain-enabled smart contracts, agreements designed to automatically execute once a specified criterion is satisfied, can also be programmed to ensure assets are transferred once paid.

So how does Asia fit into this story? After all, Canada-based CryptoKitties – a blockchain game so wildly popular that for a time it clogged the entire Ethereum network – was the first viral title.

What is not realised by most is that the mechanics of this pioneering game is grounded in Asian gaming innovation. For instance, CryptoKitties’ breeding system mimics the “gatcha” concept popularised by Japanese games where users pay for an item without knowing what they’ll get.

Other popular blockchain games have followed similarly. My Crypto Heroes uses a retro art style that draws on the pixel art design popularised by Nintendo with games like Mario. Axinfiity uses designs which have been stylised to be kawaii – a Japanese way to create characters in a cute way.

Etheremon draws on Pokemon’s nature-based origin stories as creatures are based on elements such as fire, water and earth. CryptoSpells has designed its universe using anime-like graphics.

It is often said that there are only two ways to innovate: either get there first or take something that exists and dramatically improve it. In the case of blockchain gaming, Asia finds itself in the latter position as industry disrupters begin to recognise opportunities to do so.

Following the success roadmap laid out by Asia’s industry pioneers, blockchain game developers have a clear example to emulate. Similar to how Pokemon Go and Mario Run built a bridge for traditional game companies like Nintendo to venture in mobile, front running Asian and specifically Japanese blockchain games are taking on the early challenge of setting the groundwork for traditional gamers and companies to venture into the world of crypto.

Today, out of the top 10 blockchain games on DappRadar’s ranking system, at least five at any one time are titles developed by Asian developers.

Within these games, the community is thriving too. Since launching as Japan’s first blockchain game, Crypt-Oink, has grown to have more than 400 daily active users on its platform. Notably, it also had one of the highest recorded sales of NFTs when it sold two limited Cryptons for 100 Ethereum a piece.

Even in its infancy, it is clear that there are several pockets of opportunities within the blockchain gaming sector.

One area with high-growth potential is the use of crypt microtransactions, which involves the use of cryptocurrency for small in-game purchases. Within crypto communities, the appetite for such purchases already exists – in 2018 alone, Japan’s General Incorporated Cryptocurrency Association noted that more than 3.5 million individuals made spot crypto-transactions within exchanges.

Developers in the region have also started to explore how to facilitate these transactions. Singapore-based Enjin coin, which created a cryptocurrency for virtual in-game goods, made waves when Samsung’s showcased the project’s logo during the launch of its phone’s Blockchain Keystore feature.

Blockchain games also create a more realistic way for gamers to transfer the value of in-game currencies to derive real-world value. The technology’s ability to create an immutable record of transactions means that all aspects of the gaming economy

A major challenge for developers in Asia will be breaking language barriers in the East and West whilst bridging gaming communities. For now, Asian-language and English-language gaming communities are growing without much cohesion between them.

To bring these markets together, collaborations between gaming ecosystems is needed both online and offline are needed to expose users to these worlds. It is also essential that market makers and industry influencers make a greater effort to introduce different games to their communities to open up opportunities to discover ones that would be of interest.

Interoperability, or the ability for different game universes to join together, can also help to accelerate the technology’s adoption. For gamers, this would allow in-game items and characters to have relevance in more than one game. For developers, this creates a greater incentive to build and improve gaming functions as they can tap into a robust ecosystem with existing demand.

When Pokémon first launched two decades ago, the West could not anticipate that one day its mobile game would become a worldwide phenomenon sending adults and children to the streets chasing after augmented reality monsters.

In the years to come, we can expect to see blockchain games attracting similar mainstream attention. One day, we just might see it being integrated into virtual reality too. Just like the novel and movie Ready Player One, digital and transferable ownership of items could connect gaming worlds on a major scale.

With Asia leading the innovation charge, the possibilities are endless. Blockchain is slowly but surely ushering in a new age of gaming.

Good Luck 3 aims to expand in entertainment, publishing and licensing to be the number one characters' company in the world through smartphone.