The Stock-to-Flow Cross model remains intact as a new orange dot was printed following May's close, even despite the recent Bitcoin price slump. 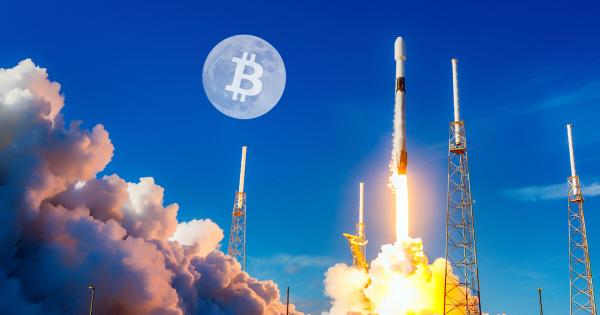 Last month closed -35%, but PlanB sought to reassure his followers by saying the journey isn’t going to be a straight line up. Nonetheless, despite the dip, the S2FX model remains intact.

The S2FX model puts Bitcoin at $288k between 2021 and 2024. Even so, the model is not without criticisms that cite the problem of flawed assumptions.

May was a particularly tough period for Bitcoin as FUD after FUD event conspired to tank its price. From its $65k peak in April to its recent bottom, Bitcoin lost 55% of its value.

The past week or so has seen a narrow band of price consolidation, as BTC ranges from between $34.5k – $39k.

All the same, PlanB announced that the May closing price of $37.3k added a new orange dot to the S2FX model. Therefore keeping things on track for a $288k target.

The S2F model refers to the ratio of the current stock of an asset (or circulating supply) in relation to the flow of production (or mined tokens). The higher the number the more scarce the asset.

In refining the model, PlanB came up with S2FX, which enables the valuation of other scarce assets, such as silver and gold, with a single formula. This new model also brings in phase transitions to introduce a new way of thinking about asset maturity.

Investor Marin Katusa analyzed the S2FX model in great detail coming up with several criticisms. This includes price being a function of both supply and demand, not just supply as the S2FX model assumes.

In relation to the phase transitions, Katusa points out that correlation does not equal causation. Especially so when there are no figures to support what happens at each phase change.

“What they don’t do, however, is actually lend support to, or provide evidence for, the author’s mathematical model. You can say that phase changes cause prices to go up or down, but without any math behind it, you can’t say by how much.”

All in all, S2FX makes for an interesting predictive model. But, as Katusa states, it contains inherent flaws and lacks thorough mathematical soundness.