The stablecoin trio of Paxos Standard, Gemini Dollar, and USD Coin have surged ahead in trading volume and adoption shortly after launch, indicating that investors and businesses alike look for reputed options to store the digital equivalent of their fiat balances.

The stablecoin trio of Paxos Standard, Gemini Dollar, and USD Coin have surged ahead in trading volume and adoption shortly after launch, indicating that investors and businesses alike look for reputed options to store the digital equivalent of their fiat balances.

The adoption of regulated, credible stablecoins in the cryptocurrency has occurred at an unprecedented pace, with the tokens seeing a significant increase in trading volume and usage. The stablecoin has presumably accelerated as the crypto-market seeks a more compliant transparent stablecoin.

Leading the list is Boston-based Circle’s stablecoin USD Coin (USDC), which is pegged on a one-to-one basis with the USD and was launched in September 2018. The token has experienced an increase in market cap, daily volumes, and adoption, with several crypto-exchanges adding support for the currency.

Including Circle’s activity, USDC trading volume has grown weekly by 2,000 percent, as per data collated by the company. The total market cap has increased 85 percent since last week and surpassed $25 million at the time of writing. Circle states 40 companies support the price-stable token, with ten firms adding support immediately after launch.

The USDC token is one of many that Centre intends to launch, and is primarily targeted towards crypto-traders and investors to explore arbitrage opportunities in the crypto-market while holding a credible “off-ramp” protocol to shift between fiat and digital currencies rapidly.

Paxos Standard, the firm behind stablecoin Paxos Standard Token (PAX) has seen a similar performance of its product in the crypto market. The firm has issued $50 million worth of PAX, as revealed by vice president of marketing and communications Dorothy Jean Chang:

We *just* announced 2 hrs ago that @PaxosGlobal had issued $36M a month after launch. And now… we are over $50M already. Demand for $PAX is accelerating faster than I can tweet up with. https://t.co/DfOwjFlk4i

PAX is regulated by the New York Department of Financial Services (NYDFS) and is collateralized by the USD.

Not far behind is Gemini Dollar (GUSD), the Winklevoss Brothers-backed stablecoin, which was added as a settlement option on BitPay on Oct.15. The currency is issued as traders deposit USD into Gemini’s accounts, and currently boasts of a $1.2 million volume.

Exchanges have taken a liking to the three stablecoins after trust in industry-leading Tether is at an all-time low. The presence of such price-stable tokens is fundamental to the growth of the crypto-finance market, as well as related financial contracts, futures, and services.

Earlier this week, Huobi announced the listing of four stablecoins simultaneously, as per an official statement on Oct. 16. The fifth largest exchange by trading volume will now accept GUSD, PAX, USDC, and TrueUSD (TUSD), a stablecoin pegged one-to-one with the U.S.D and created on the TrustToken platform. While all coins are available for trading on Huobi Wallet, trading is scheduled to commence at a later time. 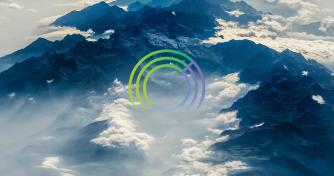 Gemini dollar (GUSD) combines the creditworthiness and price stability of the United States dollar with blockchain technology and the oversight of United States regulators.. Learn More