Over 70% of Shiba Inu (SHIB) holders are in profit

Despite its historic volatility, Shiba Inu remains a very profitable investment vehicle for crypto investors as over 70% of them are in profit. 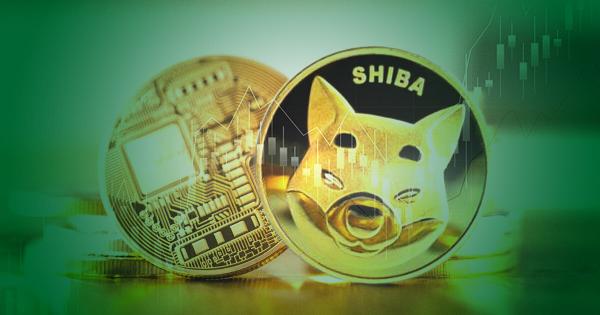 After rallying to new highs, the value of popular meme coin, Shiba Inu, has witnessed a significant drop, however, despite this huge loss, over 70% of investors in the digital asset are in profit according to data from Intotheblock.

SHIB holders are in profit

The Intotheblock data also shows that 17% of the holders are in loss. This is probably due to their late investment as they could be among investors who bought the dip following its crash from the all-time high. However, their investments have the potentials for higher gains when the token begins to rise again.

It continued that 78% of the total supply of the tokens are being held by whales. Some analysts have argued that these whales play a significant role in the price movement of the meme coin.

The increased popularity of SHIB resulted in profit for a host of the wallets holding the asset as it drew many new investors into the fray. It is also worth adding that Coinbase listing of the asset also helped to increase its popularity in recent weeks.

Equally, the high-profit potentials of the digital coin caused a surge in the number of holders (wallets) within the space of a month. Going by the data provided by ITB, SHIBA holder’s wallet addresses rose from 706,808 on October 10 to 926,684 on November 8, 2021.

An interesting aspect of this is the fact that the value of Shiba Inu grew by over 100% within this same period.

Shiba is a very volatile asset

Despite all of these positives, Shiba remains a very volatile asset. To put this in perspective, the value of the meme coin dropped by over 1% within the last 24 hours, 9% within the last 7 days and by over 40% from its ATH. Not only that, the asset has lost over $7 billion from its market cap.

Notably, this volatility was as a result of four huge transactions from investors who could be taking profits from their investment. Recently, about ten trillion SHIB tokens (worth $586 million) were transferred to different wallets.

This volatility may see a brief stop, and the price could equally surge if the token earns a listing from Robinhood, as there are currently over 500 thousand individuals who have signed a petition urging the platform to list the asset.