LooksRare, a decentralised clone or “vampire attack” of NFT marketplace OpenSea, has blasted the market the first two days after its launch. Is OpenSea finally facing some serious competition? 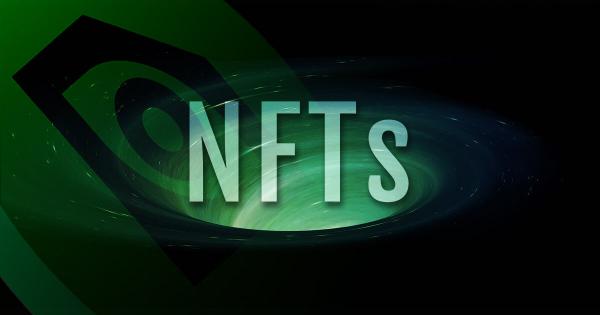 NFT marketplace OpenSea totally dominates the NFT trading market with a market share of over 90 percent in trading volume. However, just two days after its launch, LooksRare, a “vampire attack” or decentralized clone of OpenSea, is looking to give the dominant player a fight.

A vampire attack is a clone of an existing service with some minor changes to the code to distinguish the clone from the original. Typically, a vampire attack aims to sap trading volume from an incumbent protocol via superior incentives.

Perhaps the most famous vampire attack in crypto till this day is Sushiswap, today a renowned decentralized exchange that started out as a vampire attack on Uniswap. Vampire attacks make it very difficult for established open source services to relax, regardless of their current success and dominant position, because the code is easy to fork.

In the past couple of days, as it seems, this is what is happening to OpenSea, the dominant NFT marketplace. The first two days of operation of the vampire attack LooksRare prints astonishingly high trading volumes, actually higher volumes than OpenSea itself.

Though it’s too early to draw any clear conclusions from just the past few days of trading, OpenSea trading volumes are down from the 90-day high of $161.7 million set on January 9th.

Does the volume come from natural demand?

There is, however, a big question mark around the trading volume on LooksRare. Does all this trading come from natural demand? Given the trading fee on LooksRare is 2.5 percent, Tuesday’s trading volume should’ve netted the platform 613 ETH, almost two million dollars, in fees. These fees, in turn, and in stark contrast to how things work at OpenSea, are distributed among the holders of LOOKS tokens.

As some observers have pointed out, a large portion of LooksRare’s volume is likely being generated from so-called wash trading, referring to wallets controlled by the same entity “selling” assets back and forth.

Currently, based on volumes traded, the LooksRare protocol is rewarding traders with 2,866,500 LOOKS per day, and will continue to do so for the next 30 days before progressively cutting emissions.

To this point, OpenSea has no token, which is one of a slew of criticisms hitting OpenSea since the platform took off last year and quickly reached its current market dominance.

Many users are upset about the 2.5 percent platform fees funneled to the OpenSea team and not to its users. Others have pointed to OpenSea’s enforcement of intellectual property claims, and to the delisting of hacked or exploit items, the latter also hitting Signal founder Moxie Marlinspike, who, in turn, worries about the fact that basically all Ethereum wallets, including MetaMask, are dependent on OpenSea’s API to be able to display NFTs in wallets.

LOOKS is the token powering LooksRare, the community-focused NFT marketplace that actively rewards traders and creators for participating.