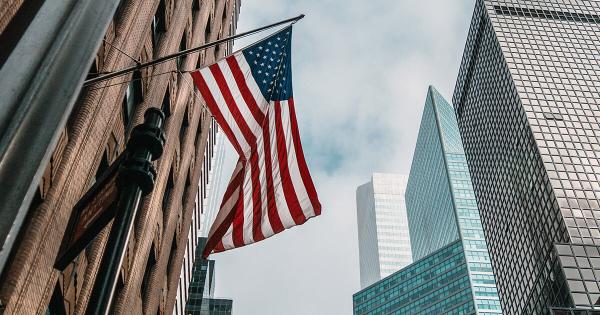 Last month, the United States Congress announced that it would be introducing a new bill focused solely on cryptocurrency activities within the U.S. aptly named The Cryptocurrency Bill 2020.

Although many people believe there are a number of different reasons for the introduction, ultimately the underlying catalyst of the bill being introduced was, beyond doubt, the now (in)famous Libra Coin.

For those of you who have been living under a rock, the Libra Coin is the brainchild of Facebook. The Facebook concept was simple: develop a cryptocurrency that could be deployed on their social media platform(s). In doing so, it would allow the unbanked access to international payment facilities, and those in the normal banking sphere to have an alternative payment option to their fiat-based currencies.

Naturally, the largest economy in the world took this personally. Congressional hearings began soon after the announcement. In response to these hearings, Facebook postponed the idea. The hearings also had a wider impact of discouraging some of the ‘Libra Alliance’ a collection of companies that were involved in the project.

If you followed the congressional hearings, you would have noticed a trending theme running through them. That is; no one in the U.S. Congress actually understands what cryptocurrency really is. The CEO of Facebook, Mark Zuckerberg was grilled for hours with questions ranging from terrorist financing to tracking user transactions. The whole situation was not pretty.

Given the action and reaction to the Libra coin, it’s hardly surprising that Congress is keen to enact a law that would give some clarity around the position of cryptocurrencies, even if it is for larger firms. The reaction has been consistent, in so much as the counsel for the largest social media firm on the planet would point out that nothing the company would be doing is illegal.

However, therein lies the point that we have all been missing.

To date, Congress has been unwilling or, judging by the level of commentary and questions on the topic, unable to address the ‘issue’ of cryptocurrencies. Being left in the dirt by almost every other country around them, the U.S. remained incredibly silent on the topic of who, what, and why, when it came to cryptocurrencies — the only publications originated from the Securities and Exchange Commission (SEC) and the FINRA.

For those of you who are unfamiliar with the U.S. financial trading system, there are several regulators that take different parts of different markets. When it comes to crypto, the SEC took point with most matters, including denouncing it one week, frame working it the next, all the while their colleagues at FINRA publicizing Bitcoin on the homepage of their website. Of course, regulators are there to enforce the law, not to make it.

Judges in different districts have heard different arguments around if cryptocurrencies were a commodity, equity, or another financial instrument. Meanwhile, different states created multiple different laws — some embracing and others denouncing cryptocurrencies.

The truth of the matter is that the U.S. has been referring to cryptocurrencies as ‘the wild west,’ while the rest of the world has been trying to tame this new frontier one way or another. In retrospect, if this was, in fact, the wild west, America has struggled to make it past Oregon.

However, with the announcement of this new bill, something major has happened — the U.S. government has woken up to the fact that cryptocurrencies need to be regulated at the federal level in order to allow companies and individuals to know where they stand.

The introduction of a bill, although only impacting major companies, signifies that Congress has woken up to crypto in a major way. Starting “big” and ending up “small” has always been the method of regulators and we should not consider crypto to be any different.

This means that although the bill is not applicable to everyone, if it does become law, there is a persuasive argument that can be used in courts across the U.S. as to the nature and application of cryptocurrencies.

The word “cryptocurrency” does not appear in any legislation in the United States. Meaning that people have been fined, sanctioned, and imprisoned over something which in a literal sense does not appear in a single statute. Judges have been citing existing laws, which are, in effect, applying a square peg to a round hole.

More importantly, this means that the blanket opinion that ‘crypto is illegal’ will die. It will exist as far as the regulators are concerned, and it will become a framework in the making. Crypto will be something that judges can read and understand. In a legal sense, this is exactly what every lawyer, investor, founder, and crypto enthusiast has been waiting for.

Ultimately, this allows those who have been working in crypto some breathing room and guidance. The bill is expected to pass both chambers of Congress later this year and be enforced shortly after.