Novogratz: China’s Bitcoin (BTC) ban was a positive in many ways

Mike Novogratz says China's loss is the rest of the world's gain. 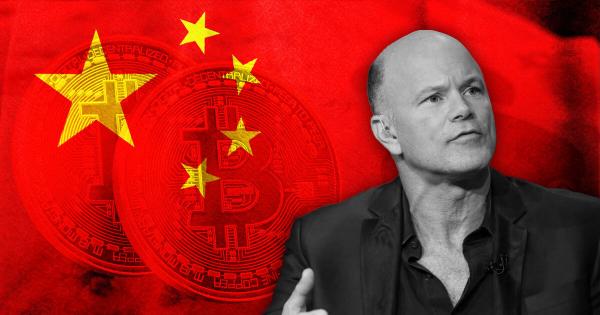 In a recent interview, Galaxy Digital CEO Mike Novogratz said Bitcoin had shown resilience in the face of FUD coming out of China.

In an attempt to spin the narrative, Novogratz said the events of the past few weeks have been “an amazing test.” Judging by Bitcoin’s defense of $29k so far, he may have a point.

Nonetheless, the China crackdown, particularly the mining ban, has triggered shockwaves across the rest of the world. Not only has this brought sell pressure but of direct consequence has been a plummeting hash rate and longer block confirmation times.

But Novogratz maintains that short-term pain now will yield “a big net positive” in the future.

China cracks down on mining

China’s relationship with Bitcoin has long been a patchy one. Some speculate that the recent wave of FUD was driven by the Chinese Communist Party seeking to crush the competition as they prepare for a national rollout of the digital yuan.

Under the guise of financial reform, the Financial Stability and Development Committee of the State Council of China said they are implementing new controls to reduce monetary risk.

The notice, dated May 21, 2021, specifically mentioned a crackdown on Bitcoin mining and the severe punishment of those involved with illegal financial activities.

Since then, mining operations in Inner Mongolia and Sichuan have been suspended.

Several regions, including the U.S, Kazakhstan, El Salvador, and Iran, have put themselves forward as potential new homes for Chinese miners.

The founding partner at Castle Island Ventures, Nic Carter, said implementation of the notice is happening at a rapid pace. He thinks 50%-60% of Bitcoin’s total hash rate will end up leaving China.

Bitcoin mining will become more egalitarian as a result

Speaking to Bloomberg about the recent China crackdown, Novogratz pointed out the issue is about more than just banning mining. However, despite the attack, Novogratz points out that the Bitcoin network is still ticking over.

He added that the mining exodus out of China would be overall beneficial to the entire ecosystem as we advance.

Bitcoin is often criticized for the “centralization” of miners operating out of China, with estimates saying the country is responsible for 65% of the Bitcoin hash rate.

However, with the snub from Chinese authorities, other parts of the world stand to benefit. The knock-on effect of this will see a fairer distribution of hashing power geographically, therefore reducing the risk of any one nation “controlling the network.”

But it may take many months to see tangible results, as moving machinery or starting afresh elsewhere won’t happen overnight.