The essence of the moratorium is to give the state enough time to examine the impact of mining in the state. 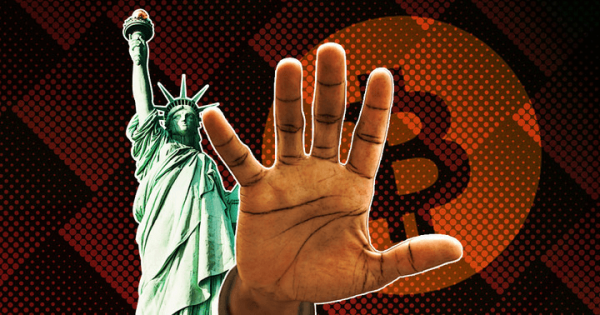 The New York State Assembly has passed a mining moratorium bill to pause all crypto mining development for two years. The essence of the moratorium is to give the state enough time to examine the impact of mining in the state.

Assemblymember Anna Kelles sponsored the Bill designed to prevent the issuance of new permits for all crypto mining activities in the state, especially those that use carbon-based fuel.

Mining sites in the state that currently use carbon-based fuel will not get a permit renewal to expand their operations. According to the sponsor, the moratorium gives the state a chance to meet the standards set out in the 2019 New York Climate Leadership and Community Protection Act (CLCPA).

The Bill had members of the house divided, and pro-crypto advocates argued that it bans crypto mining activities generally. However, Kelles insisted that the Bill would only apply to fossil fuel-powered mining facilities.

It would not in any way restrict the ability to buy, sell, invest, or use crypto currencies in New York State. This bill only pertains to large-scale cryptomining in power plants that use fossil-fuel based energy sources behind the meter. https://t.co/UfMipwQpPG

Pro-crypto legislators kick against the bill

While the Bill has been in the house for a while, the crypto industry has kicked against it vehemently. An earlier version wanted a moratorium of 3 years but failed to get the support of members of the Assembly and was eventually abandoned in June 2021.

Some members of the Assembly believe the Bill will hurt New York. One of them is Republican Assemblyman Robert Smullen, who described it as an “anti-tech” law “disguised as an environmental law.”

In his argument, he claimed that the Bill could force crypto miners to move out of New York to other states. He further argued that he thinks the state should be embracing these industries.

Crypto miners speak out against the Bill

The above sentiment echoes the crypto industry’s view that the moratorium could affect New York’s position as a leader in the industry.

Foundry recently surpassed 100 employees, with plans to double that number by the end of the year. A moratorium on #bitcoin mining will take NY out of the game as our industry flourishes elsewhere, generating jobs and tax dollars in other states that are more welcoming. https://t.co/o4LYkbHjtB

This view was also echoed by its CEO, Mike Colyer, who said that around $3 – $5 billion would be spent on crypto mining in the US within the next two years, and the New York assembly should be working on “studying the industry, not banning it.”

In the next 24 months, between $3-5B will be spent on Bitcoin mining in the US. @annakelles working hard to chase high tech business away. Support studying the industry, not banning it. Seems like a better approach. @NYSenate @NYSA_Majority https://t.co/igWGXhpUa9

The Bill has not become law yet. The Assembly is the lower chamber of the New York legislature. The Bill could still face further challenges at the New York Senate, where it’s currently in the committee stage.