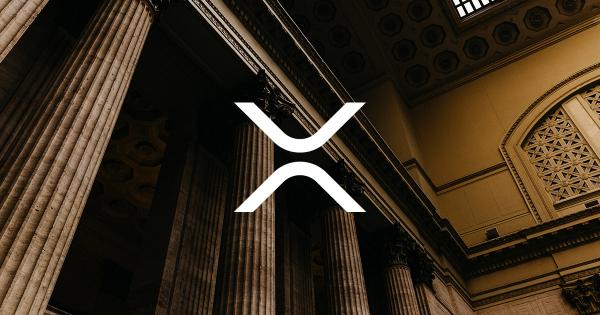 A document resurfaced on the internet providing concise evidence that Ripple created XRP and that the firm is selling the token in excess of need for profit.

The lawsuit against Ripple

On Aug. 5, 2019, a new complaint was filed against Ripple. The filing argues that the firm’s tokens are unregistered securities under the U.S. Securities and Exchange Commission’s framework.

The lawsuit also claims that the distributed ledger startup broke a number of laws in the state of California. Ripple allegedly “blurred differences between Ripple’s enterprise solutions and XRP to further drive demand,” and “paid exchanges to list XRP, limiting the supply of XRP to drive demand.”

Now, evidence resurfaced supporting the argument that Ripple was the main entity behind the development of XRP. Additionally, the data suggests that the company and its members are selling this cryptocurrency for the purpose of enriching themselves.

William Hinman, Director of the Division of Corporation Finance of the SEC, believes that there are different elements to determine if a digital asset is a security. The principal factor is whether a “third party drives the expectation of a return” and if the funds are used to “increase the value of the enterprise.”

Based on Hinman’s perspective, it seems like XRP meets all the characteristics to be deemed a security. Ripple’s business model relies on selling cross-border payment solutions to banks and money transfer providers. The majority of their revenues are generated through the sales of XRP on public market exchanges and private financial institutions with the purpose of increasing the value of the company and for personal gain.

Evidence suggests XRP is a security

In 2018, David Schwartz, Ripple’s CTO, admitted that the firm’s main source of revenue is the sale of XRP and that these funds are used to increase the value of Ripple.

Schwartz also revealed that Ripple holds the majority of the total supply of XRP and acknowledged that selling software to institutions will not produce as many revenues as a small increase in the token’s price.

“Ripple will almost certainly be the largest holder of XRP for the foreseeable future. For every penny the price of XRP goes up, the notional value of Ripple’s XRP goes up by six hundred million dollars… Ripple makes money by selling software to banks. But how many banks do you think Ripple would have to close to make six hundred million dollars in license/support fees? That would equal the value of a sustained one cent increase in the price of XRP.”

Even if there is no use case for XRP, Schwartz affirmed that Ripple integrated this token into different products, such as XRapid, to increase demand for it and increase the value of the firm’s holdings.

“The reason we’re doing this is to increase demand for XRP to increase the value we can extract from our stash of XRP.”

The exponential price appreciation that XRP experienced over the last few years, has indeed helped the Ripple team increase the value of their “stash.” Co-founder Jed McCaleb, who is no longer at Ripple, alone reportedly sells half a million XRP on a daily basis, according to a Bloomberg report. Meanwhile, David Schwartz sold 2.8 million XRP worth roughly $810,000 in 2019 and Brad Garlinghouse, Ripple’s CEO, appears to have sold 23 million XRP in 2017.

With all of these factors in mind, investors must keep a precautionary approach to XRP. It is important to consider Ripple’s business model, team, and product to decide whether the firm acts in XRP holders’ best interests before investing in this cryptocurrency. Only time will tell whether XRP will be deemed a security by the U.S. Securities and Exchange Commission.

During the first half of the year, the top 5 cryptocurrencies by market cap recorded significant gains.