Motley Fool to buy $5 million of Bitcoin—but it missed on a potential for $2.5 billion

The wildly popular investment and analysis magazine announced the move yesterday, years after calling Bitcoin a “terrible investment.” The Fool buys Bitcoin “We’re buying $5 million in Bitcoin on our own balance sheet. 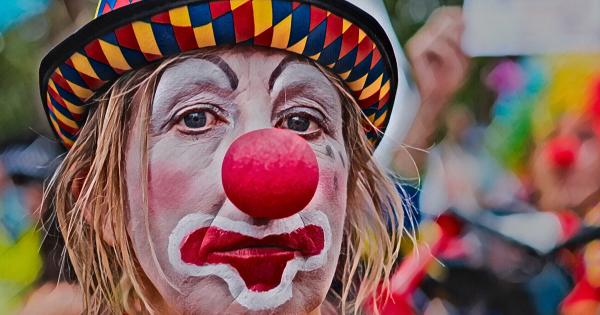 “We’re buying $5 million in Bitcoin on our own balance sheet. That’s right. $5 million,” reads a release by investment and analysis company Motley Fool. And in case you wonder what is that—it one of the world’s most popular newsletters on equities and emerging market opportunities.

Motley Fool has historically shunned Bitcoin. In 2013, it said that the asset was potentially a “terrible investment,” giving over ten reasons at the time. But the tables have turned.

How it started: How it’s going: pic.twitter.com/k8TdjUEIUj

The firm’s investment narrative is similar to the one stated by MicroStrategy, Tesla, Paul Tudor Jones, and others—it’s led by a search for store-of-value more effective than gold over the long term,  a potential medium for transactions (as/if pricing stabilizes in the decade ahead), and as a productive “hedge against inflation.”

It added that its investment—and further recommendation to potential investors—was part of the ambitious “10x portfolio,” one included 39 other stocks with the potential to return over ten times of the initial investment over the next 10-15 years.

“We think Bitcoin can play a role within a diversified portfolio built with a focus on the long term,” the firm said.

We generally recommend investors aim to own at least 30 stocks and hold them for a minimum of 5 years.

And we think Bitcoin can play a role within a diversified portfolio built with a focus on the long term.

Spot Bitcoin and a miss

As such, the firm said that it was focused on the long-term opportunity that Bitcoin presented and hence didn’t worry about the asset’s volatility in the short term. “We plan to hold this Bitcoin investment for many years and we’ll wait for all of our members in our new 10X service to be able to buy before we do,” it added.

“We aren’t buying overpriced ETFs as our route into Bitcoin. We are buying Bitcoin directly,” the firm explained.

Meanwhile, some in the crypto industry pointed that The Motley Fool’s late entry into the Bitcoin space was a potential miss, considering the possible, hypothetically gain that could have occurred.

“If the Fools had made their $5 million allocation when they published this article, it would be worth $2.5 billion today,” noted Jameson Lopp, the founder of Bitcoin technology firm Casa.

If the Fools had made their $5M allocation when they published this article, it would be worth $2.5B today.https://t.co/ZQVDouF3yN

All things considered, Bitcoin has gained a lot of legitimacy since, meaning it may not have been such a straightforward move then. But this time is different.