Could an attack on Bitcoin be imminent? 65 percent of Bitcoin owners are convinced that a 51% Attack is a legitimate concern for the Bitcoin community and its investors, according to our new report on the “State of Crypto Mining.” But is there really a threat, or is that fear more sci-fi than reality? To […] 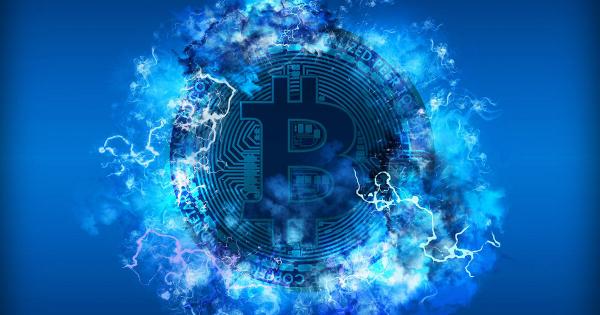 Could an attack on Bitcoin be imminent?

65 percent of Bitcoin owners are convinced that a 51% Attack is a legitimate concern for the Bitcoin community and its investors, according to our new report on the “State of Crypto Mining.” But is there really a threat, or is that fear more sci-fi than reality?

To understand what a 51% Attack is, you have to look at the foundation of how Bitcoin works. It’s built on a system of decentralization, established by founder Satoshi Nakamoto, where individual miners all over the world verify transactions and add blocks to the Bitcoin blockchain — and receive a reward for it. There’s no third party controlling transactions, so there’s no regulation from one specific entity. Because of this nature of consensus, the Bitcoin ecosystem is transparent, and we rely on the integrity of everyone involved to make it work.

But what if someone got control of a majority of the power used to mine Bitcoin? This is what’s referred to as a 51% Attack. One miner, or a group of miners, controls a majority of the hashing power of the ecosystem, and could use it to try change or delete transactions in upcoming blocks, or prevent other miners from mining. They could also try to double spend, or make purchases with Bitcoin and then cancel the transactions to get the coins spent returned.

I say “try,” because it probably won’t happen.

As the Head of Mining Operations for Genesis Mining, and as someone who has been around the Bitcoin world for a while, I’m not worried about a 51% Attack. Here’s why:

It would be discovered quickly

There’s simply not a way to enact a lasting attack on the Bitcoin blockchain. If a miner or conglomerate of miners decided to try to gain control of the ecosystem in order to censor transactions or double spend, it would be found out very quickly and stopped. Altered transactions would be detected almost immediately, and the protocol could simply be recoded to stop the attack.

Additionally, if there was an attack, the price of Bitcoin would drop, which would only undercut the malicious miners looking to get a bigger piece of a no-longer-valuable pie. (It also doesn’t make much sense for a miner to attack the system that he relies on for a living!)

It would take a huge effort to pull off

Because mining happens at such a high hash rate, it would also take a massive amount of effort to claim over 50 percent of it, in both energy and money — up to millions of dollars a day. With that kind of effort involved, a 51% Attack would barely be feasible for one person, or even a group or country.

An attacker would probably not even have enough time to mess with the blockchain before they were found out and kicked out. They would be better off putting that energy to use actually mining Bitcoin, and reaping the reward for it.

The system remains secure, even if only one node remains

Bitcoin is big enough, at this point, for a 51% Attack to not be a threat, and there’s enough visibility around its blockchain so no threat could go undetected. Bitcoin is also incredibly transparent. It goes back to its foundation of decentralization, and having the ability to spread mining power throughout the ecosystem.

Because the blockchain relies on a number of nodes who regularly check its transaction, the entire Bitcoin network stays secure as long as just one single node behaves well — as long as you’re connected to it.

Decentralization won’t be threatened, even with big players coming in

The recent report also showed that a third of those polled within the community believed that Bitcoin mining would eventually be controlled by a few bigger mining companies. While it’s certainly true that the future of mining will be centered around fewer, but larger, mining companies, that still won’t compromise the decentralized nature of Bitcoin.

The rules of the Bitcoin ecosystem will always be transparent and controlled by the industry as a whole, not by a small set of miners.

As for individual miners, as long as everyone plays their part in keeping the system balanced, a 51% Attack won’t be a threat. That means that miners who mine to a pool should regularly check if that pool is reaching an unhealthy market share — and should switch to another if it is. And it will always be possible for new miners to enter the market to even out the playing field.

A 51% Attack that would gain control of a majority of the Bitcoin ecosystem is probably just an interesting theory, but the risk of it actually happening is very low. Bitcoin has strength and stability behind it, and has only gained more usage since its founding eleven years ago.

There certainly could be threats to Bitcoin’s integrity and decentralization, and if there are, the community will take steps to act. But a 51% Attack isn’t dangerous enough to be a total threat to Bitcoin.

Genesis Mining is a cryptocurrency cloud mining company that offers an easy and safe way to purchase hashpower without having to deal with complex hardware and software setup. It offers hosted cryptocurrency mining services and a variety of mining related solutions to small and large scale customers. Genesis Mining was founded at the end of 2013.