The attackers that stole over $41 million in Bitcoin from Binance have been erratically moving the funds from one address to another. 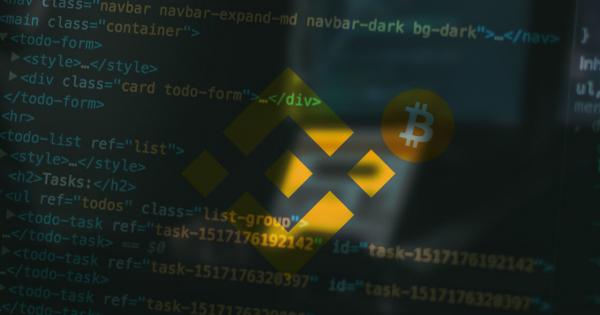 The attackers that stole over $41 million in Bitcoin from Binance have been erratically moving the funds from one address to another. However, as of May 9th, all of the funds have been consolidated into just seven addresses, each one holding around 1,000 bitcoins.

One of the largest and most popular cryptocurrency exchanges in the world, Binance, has become the latest victim of cryptocurrency theft. The exchange experienced a “security breach” on May 8th, which resulted in over 7,000 bitcoins stolen from the exchange’s hot wallet.

The theft has been one of the largest exchange hacks not just this year, but in the entire history of the crypto industry. The proceedings from yesterday’s hack—more than $42 million worth of BTC—have been moved several times to multiple different addresses, according to blockchain services company Coinfirm.

The #Binance hacker once again moved the #btc to new addresses! This time all of it according to analysis by https://t.co/CdRIXBaJ5a @amlt_token

After we documented the movement of some yesterday(orange) all of the funds 7070.9 BTC ($41.8m) were moved to 7 new addresses(red) pic.twitter.com/4vzVFRb7F4

The transaction that caused the breach had 44 outputs, Blockchain.com showed,  21 of which were native Segregated Witness addresses (starting with bc1). Reports have also shown that those 21 addresses received 99.97% of the stolen funds.

However, the funds have since been moved to seven addresses, six of which hold 1,060.6 BTC, while one holds 707.1 BTC. Coinfirm, an anti-money laundering and counter-terrorist financing firm, was the first to analyze the transactions.

The hacked bitcoin addresses can be viewed on the blockchain explorer

Binance the latest in line to suffer from major hacks

With Binance being one of the most trusted names in the crypto industry, the hack caused a mass media frenzy. Theft has been one of the biggest problems the industry has been facing since its inception. According to a recent report from blockchain intelligence company Ciphertrace, hackers stole more than $356 million from exchanges and infrastructure in the first three months of 2019 alone.

While losing money has been a problem for everyone, an established exchange such as Binance rarely loses so much other information along the way. Apart from the thousands of stolen bitcoins, the exchange also lost user credentials and two-factor authentication codes.

Changpeng Zhao, the founder and CEO of Binance, was surprisingly forthcoming about the attack and has detailed the impact it had on the exchange in a blog post. Zhao said that the company will conduct a security review of all of its systems and data, which should be completed sometime next week.