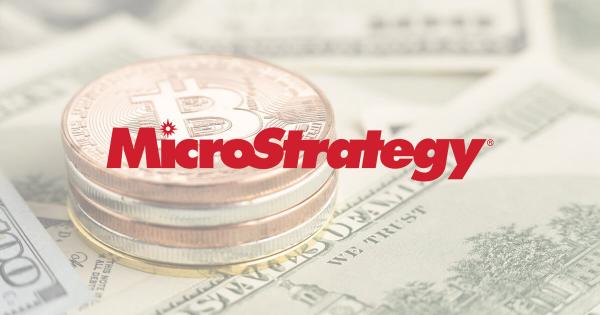 One of the largest software companies in the world has just announced that it has significantly increased its cryptocurrency holdings.

According to its latest Form 8-K filing with the SEC, MicroStrategy has purchased an additional $7,002 BTC for $414.4 million in cash. Michael Saylor, the CEO of MicroStrategy, said that the bitcoins were purchased for an average price of around $59,187 per BTC.

While this isn’t the largest purchase MicroStrategy has made when it comes to cryptocurrencies, it still significantly increased its Bitcoin position—the company now holds 121,044 BTC.

The market reacted strongly to the news about MicroStrategy’s latest purchase, with Bitcoin jumping over 7% in the hours following the update. And while it immediately went through a brief 2% consolidation, dropping to $57,100, the charts still look tense as the market anticipates further growth.

Each of MicroStrategy’s previous Bitcoin purchases significantly swayed the market, and with three months since its last major announcement, we could see additional price action in the days to come.