Two of the world’s biggest rockstars have entered the NFT space. 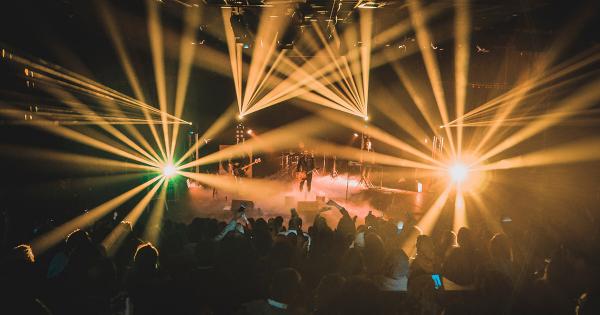 The new track, entitled Eazy Sleazy and produced by long-time Rolling Stones collaborator Matt Clifford, sees Jagger reflect on the tumultuous events of the past year (‘We took it on the chin, the numbers were so grim’) while Grohl thrashes away on guitar, bass and drums. The unique NFT has been minted in collaboration with Berlin-based artist and art director Oliver Latta, aka EXTRAWEG, with production by Pink Salt.

The iconic Rolling Stones rocker wrote the track during lockdown and is donating 100% of the proceeds from the NFT sale to several organizations associated with the live music industry, which has suffered greatly during the pandemic.

All funds raised in the auction will be divided between Music Venue Trust, a UK registered charity that supports grassroots venues throughout the country, Back-up, which pledges financial supports industry professionals who are seriously ill or injured (or their surviving family members), and the National Independent Venue Association (NIVA), a collective of US-based independent music venues, promoters and festivals formed in the midst of the pandemic.

The NFT, a 1-1 piece combining visuals by EXTRAWEG with a loop of ‘Eazy Sleazy’, will go live as an auction for 24 hours starting from 10am PST/6pm BST on April 15. Not only does it mark the first NFT collection by Jagger or Grohl, but it’s also the first collaboration between the rock titans. Grohl was inducted into the Rock and Roll Hall of Fame in 2014, while The Rolling Stones were inducted the same year Grohl’s band Nirvana dropped their debut album, Bleach: 1989.

Eazy Sleazy is available for listening via Youtube and social platforms, with a video featuring the locked-down artists in their respective homes and private studios.

Jagger and Grohl are merely the latest musicians to issue an NFT. Last month, Kings of Leon released their latest album, When You See Yourself, as an NFT that unlocked special perks for the holder, such as limited-edition vinyl and front-row seats to future concerts around the world. Within two weeks of launch, the digital token had racked up sales of over $2 million.

Metal giants Megadeth also launched their own NFT, entitled Vic Rattlehead: Genesis, on Rarible. Though that one raised only $18,000 in the WETH cryptocurrency, it wasn’t an album or even a music video: it was essentially an eight-second gif.

Some musicians are pushing the envelope when it comes to NFTs, creating cutting-edge works to sell on the open market. Producer Keyon Christ is a good example: the former G.O.O.D. Music guru, who has worked with the likes of Kanye West and Rihanna, just released a track (Black Skin Machine) created using AI-based music. The resultant NFT, like Jagger’s, is a collaboration with a noted artist – Zouassi.

Worldwide NFT sales topped $2 billion during the first quarter of 2021, more than 20 times the volume of the previous three months according to a new report by NonFungible.com. While the bulk has come from the art sector, musicians are increasingly exploring ways to monetize their endeavors – particularly given the current restrictions pertaining to live music.

The United States Postal Service (USPS) has certified blockchain services company CaseMail as the official producer of ePostage labels in the form of non-fungible tokens (NFTs), as per a release Tuesday.

The ‘Godzilla verse Kong’ movie, a spin-off of movie characters Godzilla and King Kong, has now got its own exclusive line-up of non-fungible tokens (NFT), CryptoSlate learned in a release.

Chainbinders, the world’s first liquid NFT collection backed by a reserve pool of Ethereum, raised over $5 million in the first two hours after the start of sale of their native BND utility token earlier this week, the firm said in a release to CryptoSlate.