Former US First Lady, Melania Trump, is adopting a more friendly approach towards crypto despite her husband’s criticisms of the space. 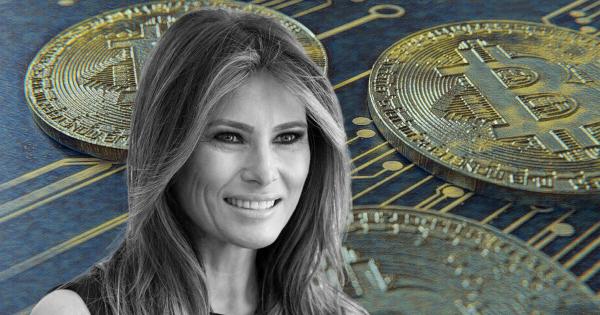 Peter Schiff and his son, Spencer Shiff, are quite popular in the crypto space due to the kind of relationship they share with crypto.


While Peter Schiff has been a vocal critic of Bitcoin and the digital asset industry generally, his son has been the opposite as he is one of the leading proponents of the sector.

We could witness a replica of the above in the family of the former President of the United States, Donald Trump, who has been a vocal critic of the industry while his wife, Melania Trump in her strings of latest activities has shown her support for the space.

The erstwhile First Lady of the United States, Melania Trump tweeted about the crypto king on its 13th birthday, marking the anniversary when Bitcoin’s genesis block was first mined.

Bitcoin’s genesis block was mined by the pseudonymous creator of the asset, Satoshi Nakamoto, on 3 January 2009.

A little over two weeks ago, Melania Trump announced her adventure into the NFT space and revealed she was jumping into the scene by launching an NFT, which is a digital watercolor painting of her own eyes.

Interestingly, this was her first public project since her husband left office. According to her, the project embodies her passion for art and proceeds from it would be used to bolster her commitment to children through her Be Best initiative.

Despite his vocal criticism of the crypto industry, President Trump has not left the promotion of his wife’s NFT to her alone, as he recently assisted in promoting the NFT during a recent Fox News interview.

During the interview, Trump said that he has never liked crypto because it is very dangerous and that he prefers the Dollar to every other currency.

Look, I want a currency called the dollar, I don’t want to have all these others — and that can be an explosion someday like the likes of which we’ve never seen. It’ll make the big tech explosion look like baby stuff. I think it’s a very dangerous thing.

His stand, however, is nonsensical considering the fact that his other half would be receiving payments for her NFTs in the native token of the Solana blockchain (SOL).