Trump dismissed crypto once again as he categorically concluded that people in the US should only be invested in the US dollar. 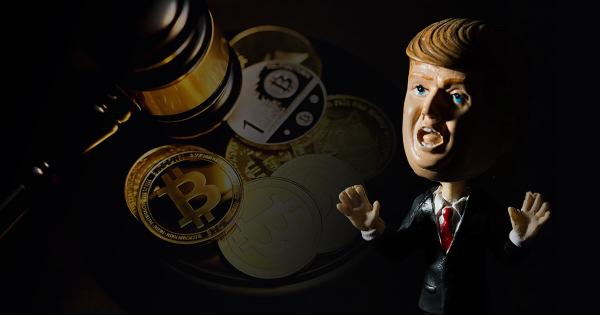 Former US President Donald Trump publicly abolished the idea of investing in cryptocurrencies, saying that they are hurting the US currency.

While calling for unconditional devotion to the US dollar, Trump told Fox Business host Stuart Varney that Bitcoin (BTC) and other cryptocurrencies could unravel as potentially disastrous.

Who knows what they are

“I think we should strengthen, we should be invested in our currency,” said Trump, repulsed by the idea that Americans would choose to invest in another currency, be it crypto, over the US dollar.

“I feel that it hurts the United States currency,” added Trump openly sharing his few cents on why he’s “not a big fan” of crypto.

“I like the currency of the United States,” the ex-president said, while warning that cryptocurrencies “are potentially a disaster waiting to happen.”

“They may be fake. Who knows what they are,” he continued, finally concluding that “they certainly are something that people don’t know very much about.”

The US dollar’s enemy

Earlier in June, the ex-president said that Bitcoin seems like a “scam” and that its appeal is taking “the edge off of the dollar and the importance of the dollar.”

“I don’t think we should have all of the Bitcoins of the world out there,” Trump told Varney at the time, while categorically stating that “the currency of this world should be the dollar.”

Back then, Trump warned that cryptocurrencies should be very highly regulated. Indeed, several countries, including El Salvador and Cuba, cornered by their dependence on the Mighty Buck made active decisions to adopt and recognize cryptocurrencies.

Meanwhile the US authorities have stepped up their game, announcing stricter regulation and new tax laws.