Kurt Cobain’s last photoshoot to be auctioned off as NFT—but not everyone is pleased with the move Liam Frost · 1 year ago · 2 min read
News › U.S.› Ethereum › NFTs

Photographer Jesse Frohman will sell "an intimate moment with one of the last great rock stars" as a non-fungible token. 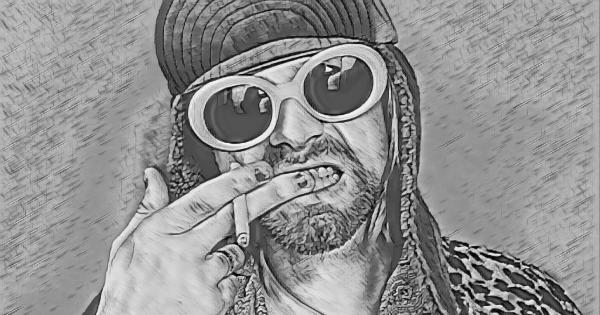 On May 3, photographer Jesse Frohman will launch an auction for over 100 images from the last photo session with legendary Nirvana frontman Kurt Cobain—all in the form of a non-fungible token (NFT).

“Frohman’s paramount collection of images, contact sheets, and polaroids from The Last Session photoshoot in July 1993, including some never-before-seen. A set of 104 images sold as a single bundle to commemorate the legend’s iconic status,” said the description.

According to the auction’s website, “The Last Session” took place in July 1993—less than a year before Cobain committed suicide in early April next year—and effectively became his last photoshoot.

“Of course, I had no idea that this would be the last shoot that Kurt ever did. In fact, I didn’t know for a very long time that it was,” said Frohman in a video.

The collection will be auctioned off as a single item in the form of an NFT—a non-interchangeable, one-of-a-kind crypto token that cannot be replicated, effectively serving as a digital certificate of authenticity and ownership.

“Over the past 27 years, The Last Session images have grown into the memorial artefact of Kurt Cobain, an intimate moment with one of the last great rock stars, a hero to the disaffected, and an enigma that will never be fully understood,” the website added.

Perhaps in line with that figure (or because Cobain was 27 years old when he died), the auction will begin on May 3 with a starting bid of 27.27 Ethereum—or roughly $75,000 at today’s prices. Collectors will be able to place their bid for four days—until May 7 at 6 pm ET.

Frohman added that an unspecified “portion” of the proceeds will go towards the Jed Foundation, a non-profit organization focused on emotional health and suicide prevention among teens and young adults in the U.S.

“New necromancy tool to profit off the dead”

Meanwhile, many users argued that Cobain, a free-spirited voice of a whole generation in times when corporations hadn’t yet taken over most aspects of our lives, likely won’t be happy to find out that he’s being posthumously monetized.

“Good job. Kurt was a huge fan of monetizing everything,” one user tweeted sarcastically, for example. “NFT is the new necromancy tool to profit off the dead. Cool,” another added.

Good job. Kurt was a huge fan of monetizing everything

Notably, Cobain himself pointed out back in the nineties that he is “not into salesmanship” and had no inclination to chase trends.

“What’s alternative? What’s counterculture? What’s cool? Who knows? Who cares? If chasing cool is important to you, you’re an idiot!” Cobain said in a 1991 interview, adding, “I’m not into ambition or salesmanship, we’re not some new trend. We never meant or tried to be cool, or be a ‘buzz’ band. It never even entered our minds.”

Ironically, now Cobain’s last photo session can be perceived as exactly the thing he rejected the most—a “cool” and “buzzy” trend fixated on massive sales figures.