Despite the recent bounce, on-chain metrics indicate a lack of bullish sentiment. 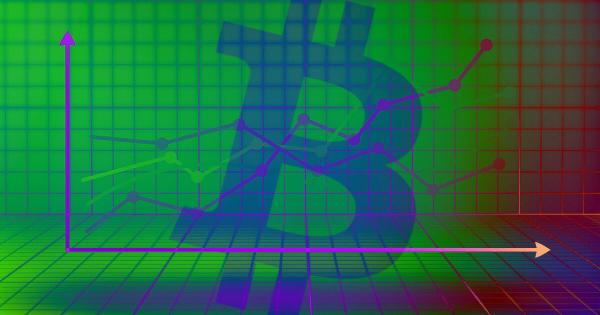 “It’s tough to confidently determine what’s ahead for the crypto markets. However on-chain data paints a slightly bearish picture.”

This is despite the market leader Bitcoin breaking a 12-week downtrend in early February. And Monday’s price spike, to $43,300, off the back of Russian-Ukrainian demand.

Exchange net position change examines whether there is an overall inflow or outflow to centralized exchanges at a given time.

This metric doesn’t give a definitive indication of sentiment because the reasons why a user would send or withdraw tokens to/from an exchange vary.

Some say market cycle bottoms are usually accompanied by outflows, as holders withdraw tokens for storage. Whereas inflows typically happen during price rallies, as holders send their tokens to the exchange to take profits.

The chart below shows net Bitcoin inflows for most of January. But this position flipped in the following month to bottom at just below -$2 billion. The start of March saw a (mini) reversal, with the net position coming in at +$13.5 million.

Ethereum exchange net flows have mostly been positive for 2022, with a current net position change of +$847.5 million. Kraken concludes that Ethereum sentiment is more bullish than Bitcoin.

A score below 0.5 signals profitability has fallen below sustainable levels, whereas a score higher than 3 signals prime profit-taking opportunity.

The Puell Multiple has been down-trending since February 2021. While mid-February this year saw a climb to 0.95, recent weeks have seen this metric continue trending lower.

Kraken says, based on this, miners are continuing to hold onto their Bitcoin revenue, rather than sell into the market.

The SOPR examines the profit ratio of the whole market by looking at the value of outputs at the spent time versus the created time. In other words, using SOPR, it’s possible to estimate whether the distribution of spent transaction output is in profit or not.

The current Bitcoin SOPR is below 1 suggesting bearish sentiment. Kraken concludes that if this metric stays below 1 while the BTC price falls we may be entering a bear market.

The recent rally back above $40,000 nullifies this point to some extent. But the other on-chain metrics covered in the report still point to indecision.