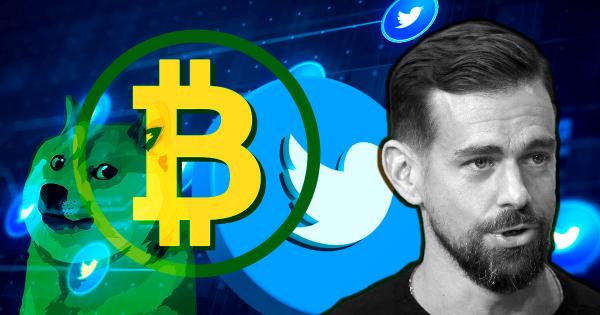 An SEC filing has revealed that Jack Dorsey still owns 2.4% of Twitter following Elon Musk’s acquisition. Dorsey, the former CEO of Twitter, left the company in November 2021, just 19 days after Bitcoin hit its all-time high of $69,061.

Dorsey is the current CEO of Block, the parent company of Square, CashApp, Spiral, Tidal, and TBD. The music service Tidal is the only company within the group without a direct connection to Bitcoin or crypto. All of the other companies are deeply ingrained in blockchain technology.

Rumors have been circulating about the possibility of Musk introducing crypto payments within the Twitter app. Musk’s passion for Dogecoin and the revelation that Binance committed $500 million to the purchase laid the groundwork for the theory.

However, Dorsey retaining his voting power within the company may be the most significant indicator yet that the platform could integrate blockchain technology in the future. Musk is currently reworking the Twitter verification system, and one Twitter user suggested using ENS domains as a way to manage verification.

Imagine a world with only 1 vitalik.eth… https://t.co/OwMR9a6xr0

Watcher Guru reported that Twitter verification status would be available for a monthly fee of $20. The community is now debating whether payment will be allowed in crypto, specifically Doge.

Jack Dorsey is often viewed as a Bitcoin maxi, so it will be interesting to see how involved he will be in any conversations around Twitter and crypto. No public announcement has been made to suggest that Dorsey will be directly involved in any capacity. However, the SEC filing confirmed that he retained 18,042,428 voting shares.

Dorsey is actively working on what he calls ‘web5,’ a Bitcoin-powered ecosystem led by an arm of Block called TBD. One such product is the web5 app Zion, a social media platform that could rival Twitter. A blog post on Zion v2 shared by Dorsey states, “Imagine a new world where you could… leave Twitter and Instagram and take all your connections with you.”

Therefore Dorsey’s potential role in Twitter under Musk’s leadership is unclear at this time. Several outlets have touted Dorsey against Musk in an apparent social media rivalry. However, the pair have always seemed to get along in public and share some similar views on blockchain technology.

During a ‘B word” podcast in 2021, Dorsey and Musk discussed Bitcoin with Cathie Wood of ArkInvest without sign of any glaring vendetta. Further, Dorsey retained his shares by willingly rolling them into the new company, saving Musk around $1 billion.

Should Dorsey’s Zion v2 continue to position itself as a direct rival to Twitter, it will be interesting to see how the relationship evolves. However, given Musk’s reputation for disrupting the status quo, who knows what the future holds for Zion and Twitter?