Is a Bitcoin miner the same as an Amazon server and why does it matter? Liam 'Akiba' Wright · 5 months ago · 2 min read
News › U.S.› Bitcoin › Mining

Is a Bitcoin miner the same as an Amazon server and why does it matter? 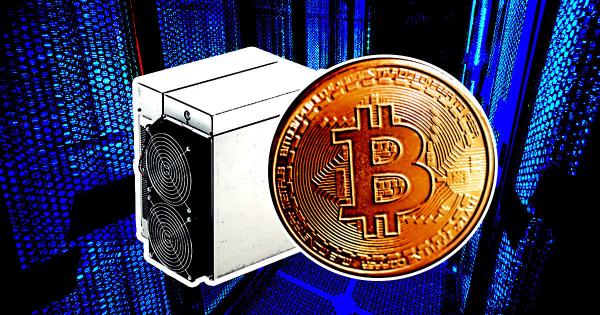 The Bitcoin Mining  Council, led by Michael Saylor, has hit back at a US Congress group that petitioned the Environmental Protection Agency to criticize proof of work mining. The council’s letter focuses, in part, on comparing Bitcoin mines to computer data centers.  They aim to highlight that the EPA has no jurisdiction to dictate what happens inside a data center.

Letters to the EPA

The congress members had asked the EPA to evaluate the “compliance with environmental statutes” of proof of work mining.  The group claimed,

“We have serious concerns regarding reports that cryptocurrency facilities across the country are polluting communities and are having an outsized contribution to greenhouse gas emissions. As cryptocurrency gains popularity, it is essential to understand the environmental risks and pollution associated with this industry,”

The Bitcoin Mining Council replied directly to the statement above, stating;

The group’s logic attempts to separate the relationship between the mining hardware and the power used to operate them. Bitcoin ASIC miners are specialized computers designed to do one task exceptionally efficiently. A server at Amazon, Google, or Microsoft is also a computer designed to do a job to the highest standard. In their letter, the mining council stated no difference between the two. The EPA does not get involved with the nature of cloud computing servers and their software operations, so why would they evaluate the functions of a Bitcoin ASIC miner?

Further, the council highlighted that Bitcoin miners do not emit harmful emissions.

“Datacenters engaged in the industrial-scale mining of digital assets do not emit CO2 or any other pollutants.”

The council also cited the recent Bitcoin Mining Council report that indicated the use of renewable has risen to 58.4%. The eight-page response to the original request clarifies that there is a difference between energy generation and energy use. Should the EPA evaluate the use of energy? Currently, the EPA categorizes traditional mining regulations into air, asbestos, water, and waste. The overall energy usage does not come into question. Thus, it could be argued that if Bitcoin mining requires EPA oversight, then Google, Amazon, Microsoft, Meta, and gold miners should also be subject to further assessment.