Academia-driven blockchain project Cardano announced earlier this week a major redesign of its brand and roadmap, incorporating a new aesthetic drawn from organic structures inspired by the creative efforts of the Cardano community.

The Cardano brand redesign was catalyzed in January when IOHK founder and former Ethereum CEO Charles Hoskinson shared a video with the IOHK creative team. Created by YouTube user “Crypto Gource,” the video used Gource, FFmpeg, and Perl to create a sophisticated visualization of the Cardano development process, illustrating the organic growth of the project.

The aesthetic functionality of the video immediately captured the attention of the IOHK team. Drawing from data available via GitHub, the video provides a clear, effective insight into the Cardano project’s activity since inception and demonstrates that for a long time, Cardano was the busiest blockchain project in the industry.

“This sparked an idea at IOHK. We’ve had our fair share of trolls, making false accusations online that Cardano is ‘vapourware,’ i.e. that we have no product. This animation wasn’t just beautiful, it was functional, because it destroyed those claims completely.”

As the IOHK design team had already launched a project to refresh the Cardano brand, the IOHK team decided to adopt the aesthetic provided by the Cardano development visualization video.

With the assistance of creative minds from the Cardano community, the IOHK team reworked the Cardano roadmap and leveraged the technology behind the video — Gource — to make it available via each Cardano website. 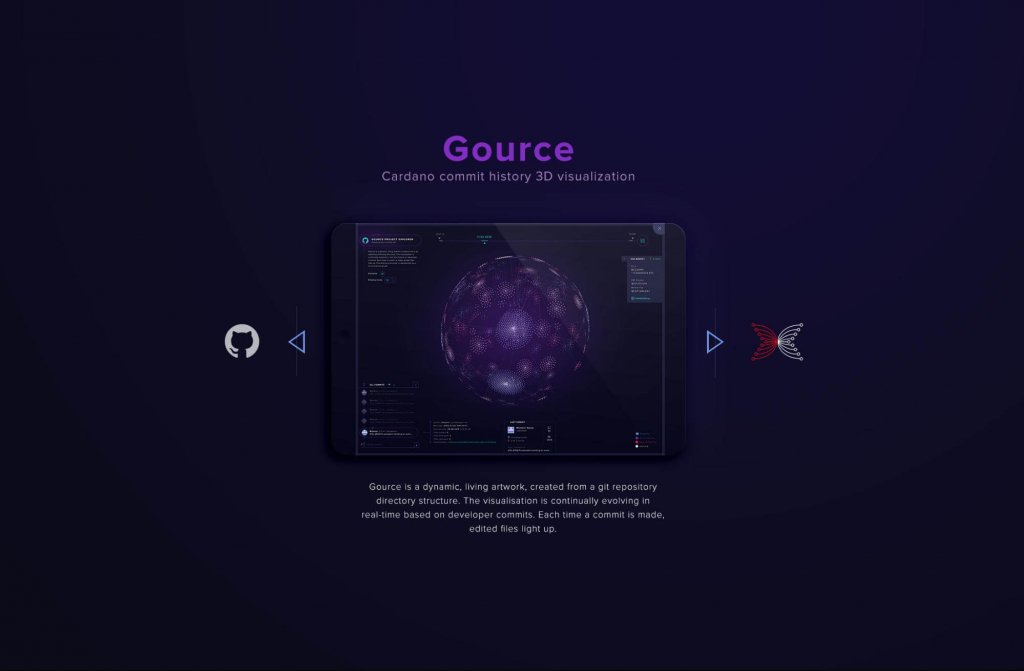 The roadmap now provides a countdown to the next report, with a weekly technical report and links to the Cardano community. It’s possible to filter results between separate milestones, such as Byron, Shelley, Goguen, Basho, and Voltaire.

The technical elements of the Cardano project are also pushing forward, with the technical team releasing a rapid-fire spate of updates. The launch of a series of testnets and the early 2018 collaboration between Cardano and another blockchain project — Zencash — has made Cardano one of the more active blockchain projects in the industry.

Zencash announced its partnership with Cardano in January 2018. The two platforms now work together to develop blockchain-based solutions intended to provide financial services to the unbanked.

The Cardano team has also been making steady progress on the Daedelus wallet — a release published in late May saw the addition of paper wallet functionality to the wallet, as well as asynchronous wallet restoration and a range of minor ease of use improvements.

Samuel is a freelance journalist, digital nomad, and crypto enthusiast based out of Bangkok, Thailand. As an avid observer of the rapidly evolving blockchain ecosystem he specializes in the FinTech sector, and when not writing explores the technological landscape of Southeast Asia.