Bitcoin held on exchanges dropped to 2.4 million BTC in June, the lowest level since August 2018. 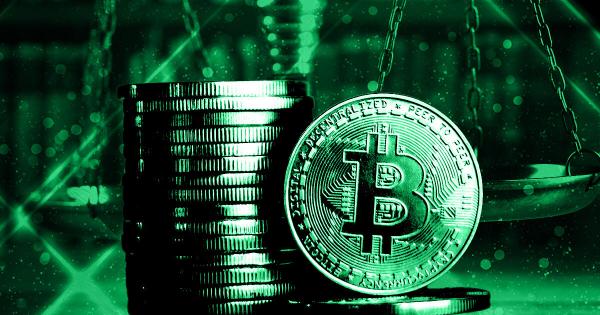 The number of Bitcoins held on centralized exchanges has dropped to the lowest level since 2018, according to information from Glassnode. Users seem to be pulling assets following fears of contagion after the recent issues with Celsius and Babel Finance. The chart below showed a steep decline in BTC on exchanges on June 13 when Celsius announced it would suspend withdrawals.

Why is Bitcoin leaving exchanges?

The volume of BTC on exchanges broke 2.4 million BTC in 2018 and has never dropped below this milestone until this June. It reached a peak in May 2020 at 3.1 million BTC and has been in a downtrend ever since.

Historically, investors have seen cryptocurrency leaving exchanges as a bullish indicator. As the balance of an asset on exchanges decreases, so does the liquidity and its ability to be traded. Many believe that when Bitcoin outflows increase, it is due to investors moving coins into cold wallets to hodl long-term.

In light of the concerns around certain exchanges, crypto YouTuber Guy from Coinbureau recently affirmed,

“Now is more important than ever to stress the importance of *self custody*. Say it with me: Not Your Keys…

You can’t *verify* the current solvency of all these CeFi lenders. Holding funds with them relies on trust. But, crypto is meant to be *trustless*. You don’t need assurances, you need to hold your own coins.”

The topic was also discussed at length in a recent Twitter Space between CryptoSlate, EAM Crypto, and Defi Yield App. The non-custodial nature of centralized exchanges was challenged by Enrique of EAM Crypto, who argued the contagion from the Terra collapse may not be over.

Brad Mills, the host of the MIM Podcast, recently reminded followers of the Mt. Gox disaster,

“I learned “Not Your Keys Not Your Coins” & “Don’t Trust, Verify” in the MtGox collapse. I’m still here.

You’re still early, this bear market is a reset.”

Investors in Celsius can still not access their funds over two weeks after withdrawals were paused. Holding Bitcoin in a wallet gives the investor complete autonomy over the assets, whereas depositing crypto to exchange is similar to putting it in a bank but without government bailout protection.

With Bitcoin levels on exchanges below 2.4 million BTC and over 30 million crypto investors using Binance alone, the asset scarcity is increasing. If Bitcoin demand continues to grow while exchange balances decline, it could create a robust setup for an upward price move.