Investor contradictingly explains how KYC on Ethereum could be its “biggest tailwind” yet Nick Chong · 2 years ago · 2 min read
This article is more than 2 years old...
News › Ethereum › Regulation

The premise of Bitcoin and many other cryptocurrencies is that they’re systems decisively detached from the institutions of the “old world.” Hence, many in the space are not a fan of any attempt to regulate the space. 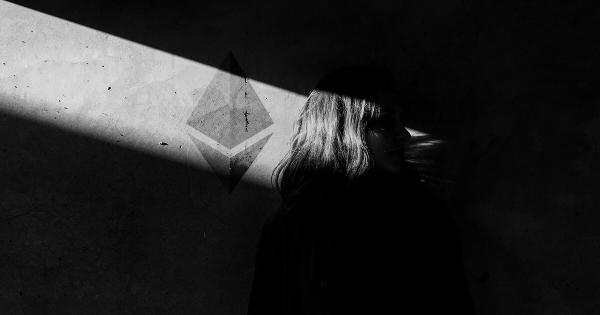 Photo by Kaylah Matthews on Unsplash

The premise of Bitcoin and many other cryptocurrencies is that they’re systems decisively detached from the institutions of the “old world.” Hence, many in the space are not a fan of any attempt to regulate the space.

Know Your Customer (KYC) procedures — while helpful in combatting money laundering and terrorist financing — are especially seen by some as antithetical to cryptocurrency. Prominent Bitcoin commentator Matt Odell went as far as to brand KYC as “dangerous.”

Thus, when ConsenSys revealed that Ethereum decentralized applications may soon have KYC processes, some weren’t too pleased. Some on Twitter said that the “deep state” is coming for their cryptocurrency, and others argued how this is antithetical to the premise of the industry.

But an investor has postulated that it may be Ethereum’s “biggest tailwind” yet.

The new system purportedly can “Run reports for over 280,000 types of digital assets including major ERC standard tokens and stablecoin” through a “Know-Your-Transactions system.” KYT evaluates addresses involved in a transaction, signaling service providers when a risk factor is identified.

Could boost the cryptocurrency

Management consultant and Ethereum investor “DCinvestor.eth” or “aftab.eth” says that the “creation of KYC-driven-apps on Ethereum […] will be the greatest tailwind Ethereum may ever have.”

The popular cryptocurrency commentator remarked that one of Bitcoin’s biggest struggles in terms of adoption is the public sentiment that it is viewed by many as “an illicit coin used to buy drugs.” This stereotype was largely catalyzed by the early days — when the only time Bitcoin was effectively only mentioned in the news after one of three scenarios: a dark web marketplace got shut down, a hack took place, or a criminal was caught using BTC.

Ethereum, on the other hand, does not have that connotation. Hence, the investor argued that the blockchain could garner legitimacy amongst institutions with the use of KYC tools.

“Once corporations & govs start using Ethereum for their own apps (even with some using KYC), it brings a new “legitimacy” to the platform. Just as corporations using the Internet back in the 90s brought legitimacy to it,” he explained.

On the contrary, I think it will be the greatest tailwind Ethereum (and decentralization) may ever have.

Further accentuating his point, DCinvestor.eth explained that the internet technically started out as a centralized project by the American Department of Defense. As the internet got off the ground, then the systems of onion routing, open-source coding, and other decentralized and private technologies became widely adopted.

Interestingly, corporations are adopting Ethereum already, though it isn’t if that’s because the blockchain is more friendly to KYC procedure.