What is Interchain Security and why is it so important to the Cosmos (ATOM) ecosystem? Andjela Radmilac · 5 months ago · 3 min read
News › Cosmos › Technology

What is Interchain Security and why is it so important to the Cosmos (ATOM) ecosystem? 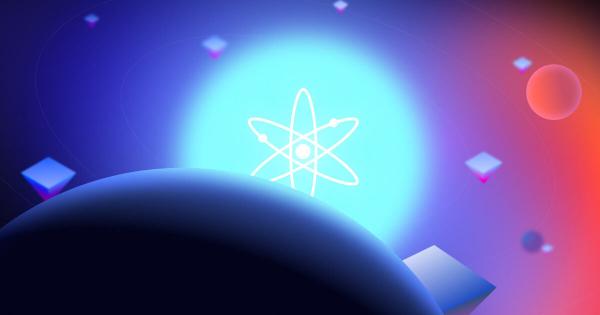 Informal Systems, a development company building on Cosmos, published the first preview of the newest shared security model to be added to the Cosmos ecosystem. Aside from providing security to Cosmos blockchains, this model will also make the process of launching a blockchain much easier and more accessible.

We dive deeper into the model Informal Systems dubbed the “Interchain Security” and the impact it will have on the Cosmos ecosystem.

Sharing security on Cosmos, one blockchain at a time

The introduction of Proof-of-Stake (PoS) networks has revolutionized the blockchain space, making it possible for users to secure the network with their token stake, rather than hash rate. The bigger the network and the more valuable its token is, the more secure it gets—as more value gets staked, it becomes harder for bad actors to carry out attacks.

However, small and emerging PoS blockchains struggle with a low market cap and a low amount of resources. A low number of stakers and a small amount of value staked makes the network more vulnerable to attackers, affecting its position on the market.

The Cosmos ecosystem was built to be the “internet of blockchains” and facilitate a network of interconnected and interoperable networks built on the same infrastructure. The Cosmos Hub then shares security with other blockchains, lending its capital to be used for block validating on smaller chains.

Interchain Security is Coming to Cosmos 🚀

The first overview of the Interchain Security, Cosmos-specific category of Shared Security that uses #IBC – the Inter-Blockchain Communication protocol, by @informalinc is here!

Any evidence of downtime or misbehavior on the consumer chain is immediately sent to the provider chain, where the staked ATOM tokens can be destroyed using a mechanism called “slashing.”

The Inter Blockchain Communication Protocol (IBC) is used by the consumer chain to communicate with the Cosmos Hub and keep track of which validators are participating in the Interchain Security system and report any downtime.

Informal Systems, the development company behind Interchain Security, announced today that it has almost completed the first version of its Cosmos-specific shared security. Interchain Security v1 is expected to be fully completed by the end of this quarter and officially launch on Cosmos in Q2 2022.

V1 will enable anyone to launch a blockchain using the same validator set as the Cosmos Hub by making a governance proposal. If the Cosmos community accepts the proposal, the consumer chain launches and immediately inherits the full security of the Cosmos Hub.

What makes Interchain Security so important

While the Cosmos ecosystem has been around for quite a while, reaching dozens of milestones along the way, the launch of Interchain Security could be its most important update yet.

The value Interchain Security brings to Cosmos goes much deeper than just increasing the network’s security. It manages to bring together different user groups and reduce the conflict of interest between them.

Firstly, Interchain Security will make Practical Hub Minimalism, a strategic philosophy leading the Cosmos Hub, possible without sacrificing the efficiency of the platform. Practical Hub Minimalism, as its name implies, is a belief that the Cosmos Hub should have as few features as possible. This, its proponents claim, removes security vulnerabilities and reduces the chance of a conflict of interest between user groups that could lead to a hard fork.

As the current Cosmos Hub is constantly adding new features, many of its users are worried that the security of the network will become compromised. Interchain Security will be able to satisfy these “hub minimalists” by allowing each of these features to become a separate chain.

These separate chains could then be programmed to have their own governance tokens and fees, incentivizing validators to participate.

And with more chains joining the Cosmos ecosystem, the more expensive it becomes for bad actors to manipulate the network. As the security of a network is often measured in how expensive it is to attack it, the more value gets poured into Cosmos—the more secure it becomes. Interchain Security will also allow the Cosmos Hub to connect the value of the ATOM token to its consumer chains. This means that any potential bad actors would have to account for ATOM’s market cap as well when attacking a consumer chain.

“Interchain Security allows Cosmos to stay true to its philosophy of sovereignty and open source and enables blockchains to integrate economically but not politically,” Cosmos developers explained in a blog post last year.

Osmosis introduces Superfluid Staking. How is this a game changer for the Cosmos ecosystem?