Expect crypto to deliver even if you’re not searching. 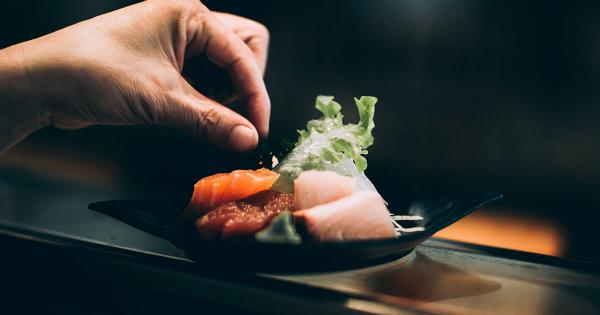 Expect crypto to deliver even if you’re not searching. Over just 12 hours starting September 5, Uniswap fork SushiSwap saw its founder sell their holdings, to the community terming it a “rug pull,” to the founder of FTX eventually taking over the doomed project’s private keys.

On Saturday, “Chef Nomi,” the anonymous founder of the SushiSwap project and issuer of SUSHI tokens, said they sold their holdings to “stop caring about price” and instead “focus on the technicality of the migration.”

But instead of being heralded, the announcement was met with criticism from both the SushiSwap community and other industry observers. Some even suggested Chef Nomi had “exit scammed” after working for just two weeks on forked Uniswap code and ending up with $10 million worth of Ethereum after the sale.

Anonymous founder of @SushiSwap sells all of his $SUSHI ?

However, Chef Nomi claimed there was no such intention of the project being a scam. They argued they would continue to develop SushiSwap into a better version of decentralized exchange Uniswap despite the selling.

In the hours since — facing heat on Twitter and attracting criticism from Ethereum co-founder Vitalik Buterin — Chef Nomi said they would transfer the project’s private keys to a worthy party; one that hopefully drives adoption, development, and the community further without SUSHI and SushiSwap ending up in the wastebins.

And that’s where FTX founder Sam Bankman-Fried stepped in. Bankman-Fried said on a tweet he was ready to temporarily take control. He added a diligent voting process will be carried out, one the broader crypto community could meet consensus on.

To be clear if it's given to me I'll make sure migration happens as planned and transfer it to a real multisig.

And while I'd obviously love to see Sushi on Serum, that's up to the community, not me.

Nomi then transferred the control of SushiSwap to Bankman-Fried by handing over admin keys. “I hope SushiSwap does well without me,” they tweeted. “Again I did not intend to do any harm. I’m sorry if my decision did not follow what you expected.”

At press time, Bankman-Fried holds the literal keys to SushiSwap’s future. Over the next weeks, governance votes on the project’s immediate future shall be carried by a team of to-be-elected multisig holders.

4) will then transfer keys to that multisig group.

After that — Sushi shall be back in the community's hands.

We'll put up a vote on this whole plan, if majority vote against then we'll scrap it and go back to the drawing board.

Meanwhile, Yearn Finance founder Andre Cronje raised questions about Chef Nomi “leaving” the project, even as the latter had earlier said they would continue with SushiSwap’s development after the tokens were sold.

What do you mean "without me"? Are you leaving the project? If so, are you giving the dev funds back? All you did so far was hand over a token that was built off of @UniswapProtocol.

Weren't the funds meant to further develop? Aren't you that developer?

For now, the Hollywood-worthy saga is closed. But you never know for sure when it comes to crypto.