Don’t be mistaken if you hear of sushi and a billion dollars in the same sentence one of these days. 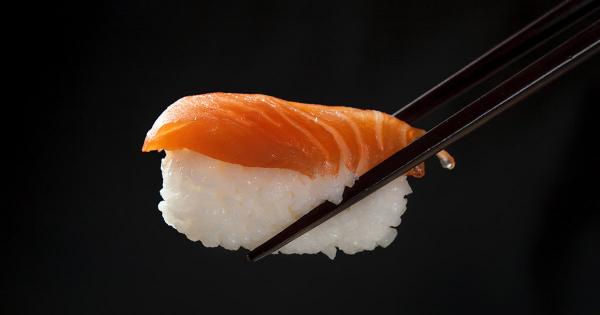 Don’t be mistaken if you hear of sushi and a billion dollars in the same sentence one of these days. Sushiswap, the newest DeFi project on the block which has nothing to do with real sushi, has actually locked up nine figures in just a few days after launch.

According to data from on-chain analytics site DeBank, Sushiswap liquidity miners have collectively locked up over a billion dollars in the project. The modus operandi is such: create a liquidity pool on Uniswap with of the tokens listed on Sushiswap, come back and deposit those LP tokens for farming SUSHI.

Interest rates are unlike anything. The Sushiswap dashboard shows pools of various projects, such as Ampleforth, Chainlink, and Synthethix, are doling out 1,000% annualized percentage yields to those who dare.

SUSHI itself has been on a roll. Data from Uniswap token tracking site Uniswap.Vision shows the tokens saw a multifold increase in value since August 30. They currently trade at $7.70, up from sub-$1 just two days ago.

With Sushiswap, the total lock-up volume of the Ethereum DeFi project has now exceeded the $11 billion mark. At the same time, SushiSwap’s lock-up volume also exceeded US$1 billion, ranking fifth in terms of lock-up volume. The top four projects are Aave (US$1.519 billion), Maker (US$1.492 billion), Uniswap (US$1.363 billion), and Curve. (1.061 billion US dollars).

Data from CryptoSlate’s proprietary analytics page shows the top 15 DeFi projects are all built on Ethereum, although the latter’s founder, Vitalik Buterin, is apparently not a big fan.

He said in a tweet earlier this week, “the sheer volume of coins that needs to be printed nonstop to pay liquidity providers in these 50-100%/year yield farming regimes makes major national central banks look like they’re all run by Ron Paul.”

Seriously, the sheer volume of coins that needs to be printed nonstop to pay liquidity providers in these 50-100%/year yield farming regimes makes major national central banks look like they're all run by Ron Paul.

Meanwhile, another possible catalyst for SUSHI’s price bump on August 31 was crypto exchange FTX announcing it was listing the tokens. Both spot and perpetual futures markets are now live on the exchange, with 3x leveraged products SUSHIBULL and SUSHIBEAR also trading for those who want to magnify their bets without the woes of maintaining margins and fees.

From ICOs to digital cats to yield-generating digital sushi, Ethereum has come a long way.