I tried becoming a pop star’s neighbor in Decentraland. Here’s what I learned.

In October, Decentraland's token, MANA, jumped 350%—one of the largest increases this year in crypto—after Facebook announced it will rebrand itself as Meta. 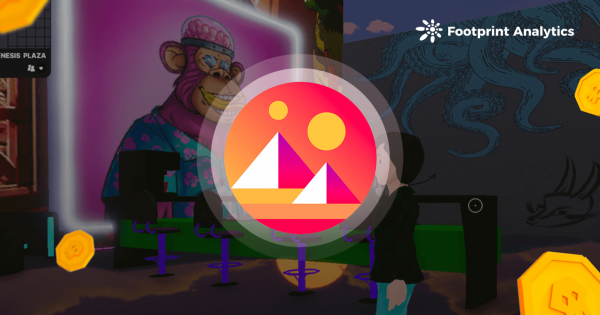 On Nov. 23, one of the most popular singers in Asia, JJ Lin, announced on Twitter he bought three virtual plots of land on Decentraland.

“Buy a plot of land around JJ Lin at a low price!” Someone replied in a comment on Lin’s tweet

In addition, the plot of land in Honnverse was speculated to be about $10,000 for a plot of land, rising 1000 times

How I shopped for land on Decentraland

Decentraland is a decentralized virtual world platform based on blockchain technology where players can create their buy plots of land, build homes on them, and program their own games within their areas.

According to Footprint Analytics, Decentraland has averaged around 90 new users per day since November, with the previous highest number of new users occurring on 14 March at 210.

In October, Decentraland’s token, MANA, jumped 350%—one of the largest increases this year in crypto—after Facebook announced it will rebrand itself as Meta.

I was curious to see what all the fuss was about.

Could Decentraland really be the new frontier of the internet? How does one actually own a piece of this gold rush?

I set out to find out.

To log in, you either choose to play as a “Guest” or “User”, depending on whether you want to save your avatar and account for later or as a one-time experience.

NOTE: To play as a user, you have to connect your wallet. However, Decentraland will never ask you to enter your seed phrase, which is a tactic that some scam dummy websites currently employ.

After you log in (either as a guest or user), you have to create an avatar then descend into the Genesis Plaza, which is an tutorial-cum-entry point for this world.

After descending to the Trade Center, players see the live prices of MANA, as well as BTC and ETH.

For reference, a single small lot takes a few seconds of walking for the avatar to cross—so it is quite tiny.

Wearable NFTs for figures are classified by scarcity. There are seven grades, based on their supply.

“Twitter,” “Facebook” and “MarkZuckerberg” have already been registered and are available for sale at a very high price. “Twitter,” is already up for sale at 1 million MANAs, held by Gangster. If Twitter officially wants to use the name, it will cost $3.24 million.

The lowest price for a name is 50 MANA for Web3Portal. The highest price is Quadrillionaire at 9,999,999 MANA, or approximately US$32.4 million.

How I found real estate in JJ Lin’s neighborhood.

To look for a particular parcel of land, users go to the Land section on the Builder page.

I decided to take a look at prices in the area.

I walked away (or, my avatar did) accepting the fact I could neither afford land in the real world nor in the metaverse.

There, JJ displays his impressive NFT collection and some pictures of Mario. His neighbor even displayed three walls of NFTs. Clearly, I’m not cut out to be JJ Lin’s neighbor.

I then proceeded to wander around Decentraland.

Most individual players buy land, build a structure on it, decorate their homes with their NFT collections, or buy wearable decorations to create their own digital avatar in the metaverse.

Other than playing some games to earn MANA, there are not many ways to pass the time in Decentraland.

Corporate players can buy land and build their own corporate, institutional or group offices as a symbol of their participation in the metaverse. Others who want to invest develop businesses like game halls and bars, and hold regular events where they invite individual players to earn some MANA.

Some thoughts on buying land in the Metaverse

If you look at the major platforms with land ownership in the metaverse, e.g. Decentraland, Sandbox, etc., the gameplay looks like a very basic online RPG.

So, what’s driving the craze?

To someone who predicts the metaverse won’t be more than another online game, land is extremely overpriced. But, if the metaverse actually becomes the internet of the future, with billions of users, prices now are just a fraction of what they could become.

Despite the high cost of buying land, names, or wearables—there is a huge upside: Anybody can log in and explore Decentraland for free, making their own predictions.

Behind Decentraland’s MVFW: Fashion has entered the metaverse and it’s here to stay

Samsung enters the metaverse by launching a virtual store in Decentraland