Vlad Tenev lays out the technical changes required for Dogecoin to compete with Visa. 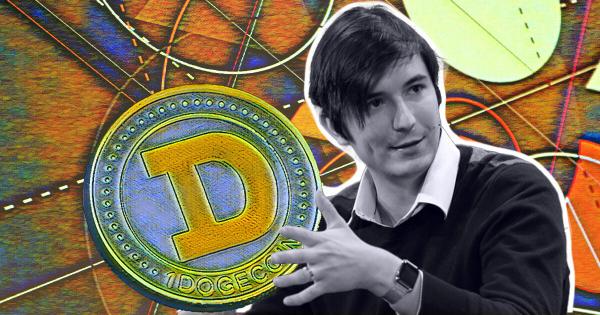 Robinhood CEO Vlad Tenev puts together a case for how Dogecoin can become the internet’s native currency. Since Robinhood added send/receive DOGE functionality, Tenev said he’s been thinking about “what that would take.”

Previously, critics panned the platform as a walled garden, as it did not allow the transfer of cryptocurrencies in or out of the app. However, after months of talking about adding this feature, the company rolled it out last week.

Can #Doge truly be the future currency of the Internet and the people? As we added the ability to send/receive DOGE on Robinhood, I’ve been thinking about what that would take.

Nonetheless, the path to turning Dogecoin into the internet’s currency will take more than unlocking the tokens held on a single platform.

Dogecoin gets serious by building utility

Despite being known as a meme coin, the Dogecoin Foundation announced plans to bring utility to DOGE at the tail end of last year.

To revive interest in the project, the foundation said plans are in place to turn DOGE into a payment mechanism and “a serious universal currency for people.”

They revealed a series of projects to make this happen, including upgrading its desktop wallet API interface, “community staking,” and network diversification for faster nodes. The ultimate goal is to increase the usefulness of DOGE by improving its technology.

How would DOGE become the money of the internet?

Pivoting to payments is fraught with technical challenges, which Tenev laid out in a tweetstorm. Starting with transaction fees, which Tenev says must be “vanishingly small.”

Thanks to the Core 1.14.5 update, implemented in November 2021, tiny fees are already a reality for DOGE users.

Then there are quicker block times, which refers to the time taken by miners or validators to verify transactions within a block and produce a new block. Tenev states block times need to be faster than the time it takes to pay at a payment terminal.

“Ideally, the block time (time between successive blocks being added to the chain and to verify a transaction) should be fast enough that the transaction can be recorded in the next block in less time than it takes to pay at a point of sale terminal.“

Yet not so fast that mining resources are wasting excessive amounts of energy in bringing about consensus.

He adds that the current block time of 1 minute is too long. Ideally, this should be cut to ten seconds for optimal performance,

Perhaps the most controversial change lies in increasing the block size. Tenev says competing with Visa’s 65,000 transactions per second throughput would require a 10,000x increase on its current 1MB block size.

The downside is that node operators would need more sophisticated equipment than a Raspberry Pi to facilitate this change. But Tenev says this is a tradeoff worth taking.