How could Amazon Web Services be unbundled on Web3

After 27 long years sitting atop the throne at Amazon’s headquarters, billionaire business tycoon Jeff Bezos has finally decided to call time and step down from his position as CEO – leaving control of his empire to Andy Jassy, who currently heads up the company’s web services department and has done since 2016. 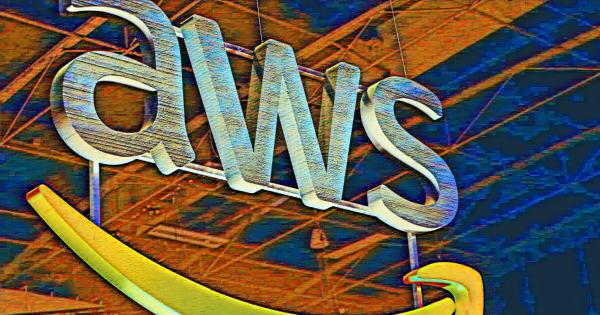 After 27 long years sitting atop the throne at Amazon’s headquarters, billionaire business tycoon Jeff Bezos has finally decided to call time and step down from his position as CEO – leaving control of his empire to Andy Jassy, who currently heads up the company’s web services department and has done since 2016.

Amazon Web Services by nature has been the conglomerate’s cash cow since its inception in 2006 offering webspace and server rental services for as little as $100 per month. It’s a far cry from the fledgling days of web technology in the 1990s when in order for a web-based company to exist, the table stakes were about $2-to-$3 million according to Om Malik, award-winning journalist and the founder of GigaOm.

The appointment of Andy Jassy as the new company CEO, given his previous job title highlights just how important data is to Amazon, and perhaps more pertinently how dangerous a monopolisation in this space could be. Ultimately, the more web space that AWS ends up having control over, the more reliance there will be on a single, centralised, profit-driven organisation.

The threat of monopolisation and centralisation

Currently, Amazon Web Services and Microsoft Azure, a cloud computing service directly rivaling AWS, control about 70% of all applications launched on the cloud today. AWS has also seized control over a significant part of webspace infrastructure such as the tangible servers, wires, and technology, by building enterprise-scale data centers all around the world. The sheer scale at which AWS operates is difficult to grasp.

Not only that, but the recent IPOs in the technology industry are massive wins for these providers as they continue to widen the gap. The volume of capital flooding through their accounts grants them the power to build infrastructures and offer services that start-up developers can only dream of.

Among the big spenders who pay eight-figure sums per month to AWS for web hosting include names such as Netflix with a somewhat costly monthly retainer of $19million, Twitch at a price of $15million and of course Facebook, whose monthly expense of $11million appears insignificant when compared to Netflix’s agreement. Even a company as large as Twitter, has recently acquiesced to AWS, signing a contract with them to provide infrastructure for their entire platform. If left unchecked, the risk of a massive tax on the world of software is inevitable.

The billions of dollars of investment in global physical infrastructure by Amazon, Google and Microsoft are a by-product of their main business models, and as a result, new startups in these spaces cannot compete. History is on track to repeat itself, with eventual consolidation between the three largest providers at this stage likely to continue.

And here’s the problem. She who controls the servers, controls the world. The longer the big players continue to dominate the larger the long tail risk of black swan events loom, increasing the fragility of our global infrastructure. Web3 may be the answer to counter both the centralisation and monopolisation of web services.

How will web3 counter these risks?

We are at the beginning of a shift that is now seeing organisations facilitate significant investments into open-source physical crypto network infrastructure that will challenge the current status quo. This paradigm shift is occurring for a number of reasons, such as an increase in opportunities and incentives for consumers to run servers, such as full nodes, and light clients.

In addition to this, increased competition from smaller generalized mining server farms specializing in open-source networks are beginning to put pressure on the big players, as well as a decline in costs for censorship-resistant global coordination that are rivaling the services offered by Azure and AWS.

There are a plethora of features that counter centralized offerings, and it’s important to educate web developers on these. Web3’s new open-source design is fundamentally opposed to current incumbent’s business models and are reliant on democratic processes – the very nature of decentralisation which is trustless access and full ownership for developers.

An entire industry of experts specializing in decentralized infrastructure to deploy capital for investors and high throughput PoS networks is being funded. While many may run on AWS, Azure or Google Cloud today, the incentive and needs for cost savings will lead to more local data centers being built that aren’t related to the major providers.

Incumbents like AWS will be forced to participate and compete in cryptonetworks that deploy power tokens or face the risk of losing direct connections to their customers over time. As more of these networks mature with valid economic models, individuals will have more reasons to run these servers in their homes.

This will continue fueling the boom in data center creation and utilization as the arms race of providing more computation for these networks mirrors that of Bitcoin mining. This increased investment in public, open-source infrastructure through crypto networks will continue chipping away at the dominance of today’s providers, reducing them to commodities.

Who will be the AWS of Blockchain?

Amazon Web Services provides cloud computing solutions for almost thirty percent of all web applications, with most popular major applications relying on AWS for low-cost cloud storage, scaling and secure infrastructure. But what if there was a similarly priced alternative that offered decentralised web building capacity with increased security and access to the rapidly growing blockchain industry?

There are networks emerging.

Pocket Network provides similar value to AWS for blockchain applications with a few key differences. The first one being that Pocket Network does not capture or control users data, the second being that instead of hosting the infrastructure directly, Pocket Network coordinates between a network of distributed nodes, making it more cloud like then any of these “cloud” platforms.

The level of economic experimentation in the blockchain industry is exponential, and cryptonetworks are a new way to coordinate humans and global investments for the public good. We are at the dawn of a decentralised surge that will eventually encourage a shift away from the centralised monopoly powerhouses of the webspace and welcome a wider adoption of Web3 building and blockchain developers as this technology becomes more mainstream.

While existing monopolies have many decades of a head start, the investment in physical open-source infrastructure will lower margins and ensure that the end user benefits from the success of these public goods through the cryptocurrencies needed to access them. Education will be important in the years to come as well as a widespread demonstration of these decentralised technologies in play which will in turn show decentralized infrastructure’s ability to not only revolutionize blockchain, but the world wide web as we know it.