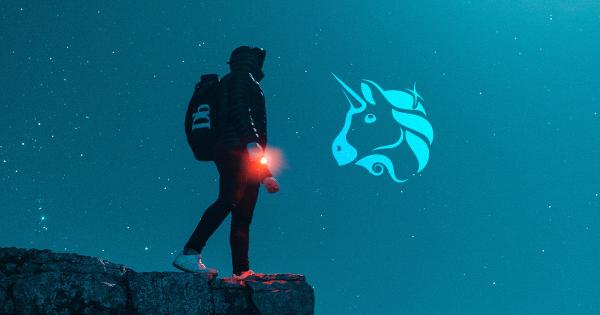 Photo by Linus Sandvide on Unsplash

The platform took a major hit towards the end of the DeFi hype cycle, however, and Sushi prices plummeted after the creator – who went by the pseudonym Chef Nomi – sold his entire stake in the project in one go.

This struck a serious blow to the platform, which was further compounded by weakness seen throughout the aggregated market.

The lethal blow to SushiSwap, however, came about when Uniswap announced the release of the UNI governance token.

Ever since – despite its early success – SushiSwap has seen a relentless decline in its TVL, liquidity, and trading volume, which is now dwarfed by that of Uniswap.

Last month, Uniswap made headlines when they conducted one of the fairest and farthest-reaching token distributions ever, granting everyone who had ever used the Uniswap platform partial ownership over it via an airdrop.

The vast majority of users received $400 tokens, which at one point shortly after its launch, were worth as much as $3,400.

Before UNI, users who wanted governance rights over a DEX were mainly utilizing SushiSwap, which was offering massive yields that attracted swarms of return-hungry farmers.

SushiSwap was launched via a Uniswap fork that has been widely deemed a “vampire attack.”

It failed to maintain its liquidity following the successful launch, a trend that the research platform Messari spoke about in a recent tweet.

“In Q3, Uniswap fended off a brazen “vampire attack” from SushiSwap. SushiSwap forked the popular AMM, added $SUSHI as an LP incentive, and hatched a plan to port over Uniswap’s liquidity. After a successful launch, SushiSwap failed to retain liquidity.”

This wasn’t the end of SushiSwap’s woes, as a general lack of interest, which was compounded by community drama, all came about just weeks before the launch of the UNI token.

Messari also notes that the TVL and trading volume on the platform nosedived following UNI’s launch, which has resulted in SushiSwap only seeing 15% of the volume seen by Uniswap.

“SushiSwap’s TVL and volumes dropped further once Uniswap launched its UNI token, eliminating one of SushiSwap’s core value props. At the end of the quarter, SushiSwap was doing less than 15% of Uniswap volumes.”

Because SushiSwap has lost its entire competitive edge due to the UNI token, there’s a strong possibility that it will continue fading into oblivion in the months ahead.