Ian Balina’s allegedly-hacked wallets have been used in a new batch of transactions, resurrecting conspiracies over the cryptocurrency influencer’s involvement in the hack. 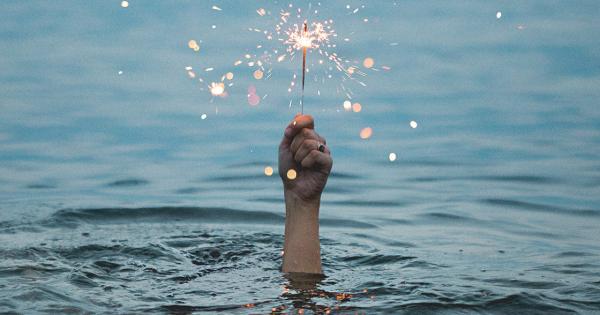 Photo by Kristopher Roller on Unsplash

Ian Balina’s allegedly-hacked wallets have been used in a new batch of transactions, resurrecting conspiracies over the cryptocurrency influencer’s involvement in the hack.

After reporting a multi-million dollar hack in April 2018 — days before the US tax-filing deadline — Balina faced suspicions that he had orchestrated the event in an effort to evade taxes.

Failing to convince conspirators of his innocence, Balina now faces fresh accusations following a string of transactions in and out of a reportedly-hacked wallet.

Just minutes after receiving Mainframe (MFT) and Quarkchain (QKC) tokens on July 5th, the assets were sent to Binance.

balina received his mainframe and quarkchain tokens in the same eth accounts he claimed were hacked. can't make this shit https://t.co/kkMA752hIhhttps://t.co/HXszze29lL

While not explicitly accusing Balina of foul play, Mo’s tweet appears to have pushed Balina back into the firing line. Divided between defense and attack, the cryptocurrency community has become fully engaged by the topic of Balina’s legitimacy.

Many would view the transactions as irrefutable proof that Balina is in full control of the wallets — making the influencer culpable for the April hack. Commenting on Mo’s thread, one user returned to the accusation of tax-evasion:

@DiaryofaMadeMan @actionfrauduk Hello Action Fraud, thank you for your work. I would like to report Ian Balina for tax evasion and fraudulent behavior on his investments where he uses his following to pump and overhype projects. He faked getting hacked to not have to pay taxes.

Responding quickly to Mo’s tweet, Balina fired back to explain the suspicious activity:

Have you ever invested in an ICO before? I did Mainframe pre-sale in February before the hack via a smart contract. Receiving wallet address can't be changed if you're unaware. I still have access to my wallet but so do the hackers which is why I moved tokens. Please do your hw.

According to Balina, the address in question was registered for the Mainframe presale unalterably — two months prior to the alleged hack. Upon receiving the MFT tokens (worth approximately $24,000 at time of press), the US-based influencer sent the entire balance to Binance as a precaution against further thefts.

While he did not explain the context for the QKC movements, it appears only one of the two wallets listed by Mo were allegedly compromised. Stepping in to defend Balina, fellow influencer Crypto Sergio pointed out that Balina never reported the wallet that received the QKC to have been hacked:

“In fact W2 was not one the wallets that got hacked. If you search on google for information about Ian Balina’s hacked wallets you will find that those were 4 wallets that have an ENS visible at Ethereum as IanBal_Hack_1, IanBal_Hack_2 and IanBal_Hack_3”

Pointing to the MFT transaction’s smart contract from Primablock — the pooling service used for Mainframe’s token distribution —  Sergio suggests Balina was indeed unable to change his receiving address. However, this may not necessarily be a statement of fact. According to the Primablock FAQ, a contributor’s address may or may not be locked at the discretion of the pool admin:

“If you lock the pay out address and your contributors can verify that the payout address belongs to the ICO then that makes the payment secure. However, the pool admin can still arrange to receive the tokens in their own wallet rather than at the pool’s smart contract. This makes it possible for the pool admin to run off with all the pool’s tokens.”

Yet, Balina has steadfastly maintained he was unable to alter his receiving address, having told one accuser:

You again? I used those wallets via Primablock before the hack. My Binance wasn't hacked. Everything is on the blockchain so please do some homework before making yourself look stupid.

Several users discredit that Balina was unable to change the address, highlighting that Mainframe presalers were given multiple opportunities to do so prior to distribution. One participant tweeted a communication from the Mainframe team as evidence:

Further, speculators have questioned Balina’s ability to drain the wallet faster than hackers — who may employ automated bots that execute cyber-attacks in seconds.

An official statement from the Mainframe team or Primablock may quell some of the questions over the legitimacy of Balina’s claims — but may fail to assure everyone in a battle that is equally emotional as it is objective.