Grayscale report says bear market could last for next 250 days 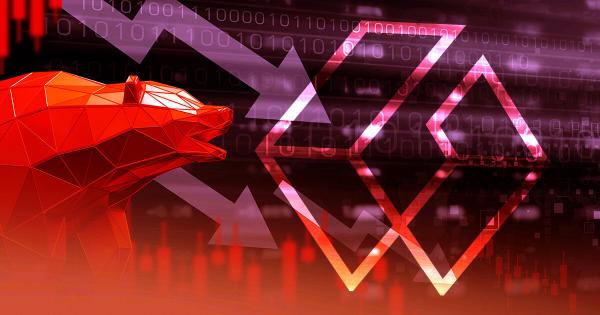 Grayscale has said in a report that the current crypto winter could last for another 250 days, based on previous market cycles.

According to Grayscale’s “Bear Markets in Perspective” report, a crypto market cycle has an average life span of 4 years (1275 days), and a bear market begins when the realized price moves below the market price (the current trading price of an asset).

Grayscale’s realized price calculation is the sum of all the assets at their purchase price divided by the asset’s market capitalization, which allows it to measure the number of positions in profit or loss.

Going by the above, the investment company said Bitcoin (BTC) realized price crossed below the market price on June 13, which signaled the start of the bear market.

Leveraging has grown in the current cycle

Grayscale wrote that the current “crypto market cycle is a story of leverage.”

Per Grayscale, investors became drawn to leverage trading after governments increased their spending after the pandemic to shore up the collapsing world economy.

The firm continued that long Bitcoin positions lasted for over six months in 2021 as investors were increasingly interested in paying huge fees to maintain their positions.

However, it came to a crashing halt when collateral prices began to crash.

The same scenario played out recently as the lack of transparency in centralized DeFi businesses involved in leveraging was exacerbated by  Terra’s ecosystem collapse and the brief depeg of staked Ethereum (ETH).

Bitcoin continues to operate as designed

Bitcoin’s value might have fluctuated badly in the current market situation, but the network has continued to operate as intended.

Grayscale said the network is on track to process $18 trillion transactions this year, up from the $13 trillion recorded in 2021.

The use of the asset, alongside other crypto assets for remittance, has continued to grow despite the poor market conditions.

According to Grayscale, a Mexico-based crypto exchange Bitso saw a 4x increase in cross-border remittances between Q1 2021 and Q1 2022.

Grayscale said the decentralized finance (DeFi) space had had an interesting year as we have seen lenders being forced to repay their loans before equity holders or other centralized lenders to avoid liquidity.

Despite capital outflows due to users deleveraging their positions, the total borrows on lending platforms, like Aave and MakerDAO, remain higher than at the start of 2022.

Also, the stablecoin liquidity paid on decentralized exchanges like Uniswap (UNI) was 5x over that of the largest centralized crypto exchange by trading volume, Binance.