The Golem Project stands out as one of the more unique projects in the cryptosphere. 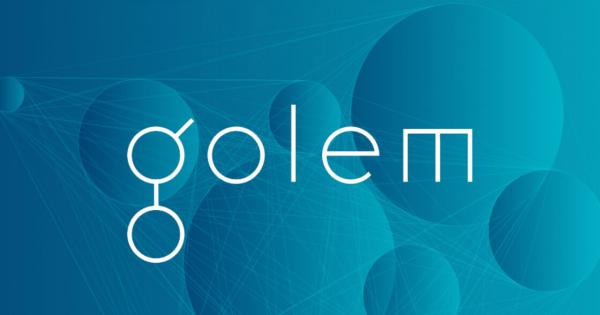 The Golem Project stands out as one of the more unique projects in the cryptosphere. Having raised over $8 million in a matter of minutes during its 2016 ICO, the team have been working hard to bring to life their ambitious vision: creating the “AirBnB of computing”.

The cloud computing market is massive – currently $130 billion per year. There will many revolutionary applications that will be the result of decentralized cloud computing platforms, such as Golem. Daniel Zakrisson, Head of Investment Evaluation at ICONOMI had this to say:

“As a project [Golem] is one of the most interesting we have seen in the crypto space.”

Let’s explore how the Golem Project works and why it’s one of the top tokens to watch in 2018.

The Golem platform, put simply, is a marketplace for computing power. On the peer-to-peer network, unused computational resources can be rented out to users wishing to perform memory-intensive tasks, who pay the provider in Golem’s cryptocurrency.

The idea is that an individual possessing, say, a high-end gaming rig can profit from allowing another to use its GPU/CPU cycles for anything from CGI rendering to training neural nets. Resources that once would have sat idle can now be monetized on the decentralized network.

Here is a short video which further explains how it works:

In the unending tsunami of tokens flooding the market today, some have tried to establish a degree of stability when it comes to categorizing the new digital assets.

One such attempt is made by Pfeffer in his 2017 paper, where he makes the distinction of three types of tokens: those maintaining the network backbone (tokens like Ethereum, which form the basis of the EVM), those powering decentralised applications (dApps), and those aiming to be used as currency (Bitcoin and its many clones).

The GNT token is a perfect example of the second – the ecosystem runs on the native Golem token, with requestors paying providers in the currency for their computing power.

The Golem Project, in its communications, has always been vocal about disregarding the price of GNT. However, the token has shown impressive growth since its introduction in 2016 – from beginning to ATH, it has blown up by approximately 70x its initial value, and boasts a market cap of over half a billion USD.

Based in Poland, the team is headed up by Julian Zawistowski, who also advises on OmiseGo project.

The founder has a very pragmatic view of the cryptocurrency space and is clearly strongly dedicated to seeing both the Golem Project and the world of crypto as a whole thrive.

While the project is still in the Brass stage of the roadmap set out in the whitepaper, the team are already envisioning a future where Golem runs parallel to giants such as AWS and its centralized competitors.

Who Is Golem For?

While there seems to be an increasing trend in tokens catering to overly-specific markets (do we really need a strip club token?), Golem’s platform caters to a large audience: the current testnet has a focus on CGI rendering, but as it is refined, one can see the pool of requestors varying wildly, potentially including:

Anyone can become a provider, renting their machines in exchange for cryptocurrency. It will be interesting to observe the variance in price from traditional centralised servers, given the low barriers to entry.

While the team do not like to commit to dates, they like to keep the community (comprising of over 110K followers on Twitter and 17,000 subscribers on Reddit) in the loop when it comes to development – transparency is something they value greatly, which is why they choose to lay out the progress in the Brass stage of their roadmap on a Trello board.

Let’s explore the various product milestones of the Golem Project:

Brass Golem is the the proof-of-concept stage, currently in alpha testing. Focused on rendering in both Blender and LuxRender (catering mainly to CGI artists).

Clay Golem is a leap from Brass, whereby the Task API and Application Registry are introduced. This release offers developers to integrate with Golem (although the white paper warns that this may compromise stability and security, and should only be used for experimentation).

On top of this, the team hope to showcase use cases in computational chemistry and machine learning, as well as supporting sandboxing through virtual machines.

With Stone Golem, security and stability issues from Clay will be revised, and a trust system put in place (whitelisting/blacklisting of certain providers), on top of enhanced functionality of the previously released milestones.

Another use case should be added, allowing developers to create applications running under the popular SaaS (Software as a Service) model.

Iron Golem, the final stage of the roadmap will be the most polished – the system will have been rigorously tested, and made more secure, stable and scalable. Developers will have much more flexibility, being able to interact with resources outside of the network itself and gaining access to the Developer Toolkit.

At this stage, the whitepaper speculates that the technology will have reached a stage where it garners interest extending beyond the cryptocurrency field and into the mainstream.

Where to Buy Golem

Golem can be purchased from popular exchanges such as Poloniex, Bitfinex or Bittrex – or if you don’t mind the fees, Shapeshift.io has also made it available.

GNT is an ERC20 token, meaning it is built on top of the Ethereum blockchain and can be stored in any (non-exchange) ERC20 wallet, such as Mist, MetaMask and myEtherWallet.

Through decentralization and crypto-economic incentive, Golem is trying to disrupt the $130 billion per year cloud computing market and it looks like it has the best chance at doing so.