The Wall Street giant already offers its wealthiest clients the option to invest in select cryptocurrencies and is now looking to offer over the counter bilateral crypto options. 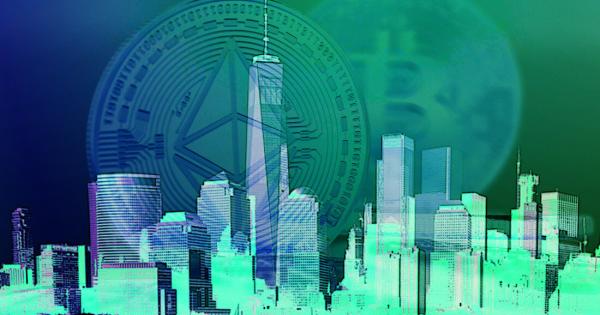 The Goldman Sachs Group is reportedly looking into expanding its crypto-related services by offering clients bilateral crypto options, according to people familiar with the matter.

Under the bilateral options, clients that hold crypto-like hedge funds or bitcoin miners — will be able to customize their trades to hedge risks or boost yields. Goldman’s global head of crypto trading Andrei Kazantsev said in December that there was a lot of demand for derivative-type hedging and developing an options market would be the next step for it.

The Wall Street giant’s interest in the crypto sector has been increasing since it relaunched its cryptocurrency trading desk in March 2021 after a three-year hiatus. The lender has made multiple moves to expand into the crypto sector contrary to most of its peers.

According to an SEC filing from March 9th, Goldman Sachs is going to start offering crypto-curious clients access to an Ethereum fund via Galaxy Digital.

Galaxy Digital is an investment firm helmed by Mike Novogratz and also offers Goldman liquidity for its bitcoin future’s offering. The Galaxy Institutional Ethereum Fund was launched in March 2021 has a minimum investment threshold of $250,000.

Goldman Sachs has been bullish toward Bitcoin for the better part of the last 12 months. In early January, an analyst at the bank said Bitcoin could potentially compete with gold as a store of value and start to encroach on its market share.

The lender said that Bitcoin currently holds a roughly 20% share of the “store of value” market, of which gold is also a part. Goldman said that if the market share climbs to around 50% it could push the price of Bitcoin to $100,000.

On the other hand, the lender is also among the camp that is slightly wary of the speed at which traditional banking in some parts of the world is pushing into crypto. Despite the continued interest in crypto, most big banks are still hesitant to dip more than their toes in the sector due to the volatility and lack of regulatory protection.

However, with Biden’s executive order coming into force, the regulatory situation around crypto is likely to improve.