STEPN is one of the hot projects in crypto and has surpassed $2 billion in market cap. 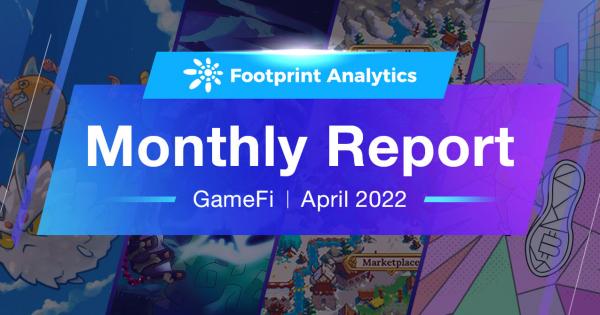 However, despite declining users and trading volume, some GameFi projects continued to perform well. For example, STEPN was the hottest DApp on the crypto market, Splinterlands ranked #1 in daily active users, averaging over 350,000 daily users, and DeFi Kingdoms surpassed Axie Infinity as the most traded GameFi project.

Here’s a look at GameFi’s overall performance in April by the numbers.

According to Footprint Analytics, as of April 30, 38 blockchains participated in the GameFi sector, with 1,479 game projects, up 5.2% MoM.

Ethereum’s project count in the GameFi ecosystem is not growing as fast as on the BSC and Polygon chains. The projects on BSC and Polygon have become some of the most popular games in the crypto market today. They include Bomb Crypto and Mobox on BSC, Crazy Defense Heroes, and Pegaxy on Polygon.

Developers prefer BSC and Polygon for games because of their low gas fees, high throughput, and the same high security as Ethereum. The number of projects on Ethereum is gradually divided by blockchains such as BSC, Polygon, and WAX, attracting a large number of game users and projects.

However, some games have seen increases in new users. For example, the Polygon gaming ecosystem saw 25% more new users, led by Crazy Defense Heroes and Pegaxy.

In addition, the Axie Infinity hack in mid-February significantly impacted active users and trading volume—it caused users to lose over $615 million worth of ETH and USDC.

Data shows that April saw the most significant amount of funding across the blockchain sector, with $6.62 billion invested. The GameFi sector accounted for 36.3% of that total, with $2.4 billion in investment. Compared to March, GameFi saw a 381% increase.

Web3 saw the largest investments in the GameFi investment sector, with the STEPN Web3 project, which combines elements of GameFi and SocialFi, the most notable project.

While macro trends are unfavorable, several projects performed well in April. Splinterlands ranked first in the number of daily active users for more than three months, with average daily average users of more than 350,000. DeFi Kingdoms surpassed Axie Infinity to become the largest GameFi project by transaction volume. STEPN has become the hottest DApp in the crypto market with its Move-to-Earn.

Splinterlands, an NFT card game, has become the most popular project in the GameFi sector. According to Footprint Analytics data, the number of users and transactions has gradually increased and stabilized.

Splinterlands has proven popular with its simple gameplay and low barrier to entry. And like Axie Infinity and other games, it adopts a dual-currency model, which has stabilized the liquidity of funds in the game and minimized the impact of token price fluctuations in the secondary market.

DeFi Kingdoms surpasses Axie Infinity as the most traded project

On March 29, DFK surpassed Axie Infinity as the most traded program. News of the attack on Axie Infinity, which was considered safe, shook users’ confidence, and trading volume fell off a cliff. As a result, it’s been a tough month for Axie Infinity, and hopefully, it will be able to restore user confidence in the game by recovering $5.8 million in funds and launching Axie Infinity Origin’s new arena game mode on April 7.

Although DeFi Kingdoms has no VC funding, they maintain a monthly user retention rate and a solid daily user base through their tokenomics and roadmap.

STEPN is the first successful Move-to-Earn game and has real potential to be the long-awaited game that makes GameFi mainstream.

Users buy NFT sneakers and get paid in the game’s tokens to walk, jog or run. It further gamifies exercise by creating a system of sneaker upgrades.

STEPN has been online for less than six months and, as of April 30, its market cap has surpassed $2 billion. At present, Axie Infinity has fallen into the situation of insufficient new users, and STEPN may even exceed the market cap of Axie Infinity of $2.2 billion.

There is no doubt that STEPN is currently one of the hot trends on the market.

While GameFi is unavoidably tied to macro trends, seeing an overall decline in deals and users, individual projects have seen positive news in April. STEPN has grown immensely, DFK overtook Axie Infinity as the most traded project, and Splinterlands stabilized its daily active user base.

This piece is contributed by Footprint Analytics community.

Footprint Analytics is an all-in-one analysis platform to visualize blockchain data and discover insights. It cleans and integrates on-chain data so users of any experience level can quickly start researching tokens, projects, and protocols. With over a thousand dashboard templates plus a drag-and-drop interface, anyone can build their customized charts in minutes. Uncover blockchain data and invest smarter with Footprint. 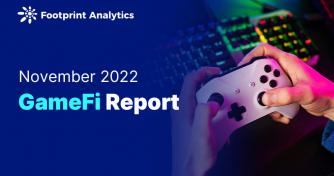 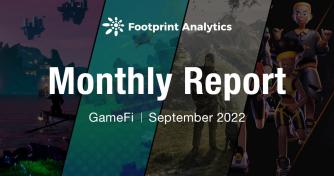