Gala Games will publish its titles on the Epic Games Store to bring Web3 gaming to the masses. 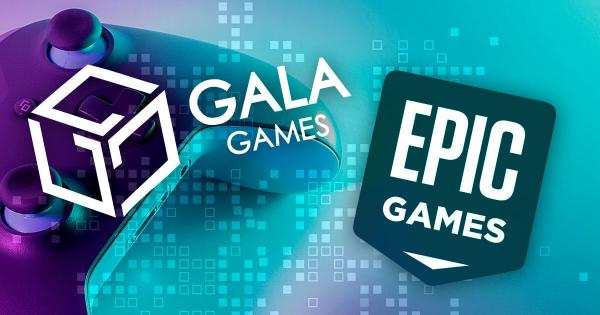 Gala Games to bring Web3 to the masses

The Epic Games Store launched in 2018 and is a storefront for PC and Mac compatible games.

The publishing deal will open up Gala’s Web3 titles to more than 194 million users on the Epic Games Store, differentiating it from rival gaming token platforms.

“Gala will bring web3 games to the masses, exposing millions of gamers to this new genre of entertainment and solidifying Gala’s place as the leader in the burgeoning Web3 games industry.”

Gala Games President John Osvald said the partnership with Epic Games would bring greater legitimacy to blockchain gaming. He further added that the deal marks “a turning point” for players unfamiliar with the concept of digital ownership, i.e., NFT gaming.

“Easy access to Web3 games is a turning point for those players who have not yet seen how digital ownership can enrich the gaming experience.”

Recently, NFT gaming has come under heavy criticism, with gamers calling the concept a money grab designed to squeeze every dollar out of people. Moreover, proponents of this view say that monetizing gaming takes away the fun and escapism elements.

GRIT will be the first release on the Epic Games Store

Epic Games is best known for publishing the smash hit battle royale game Fortnite. At its peak, in December 2020, the game had 15.3 million concurrent users for the Chapter 2 Season 5 finale.

Since then, things have dropped off considerably, with estimates putting the current number of concurrent users at around 3 million at any given time.

Nonetheless, despite the drop in numbers, Fortnite still ranks as the world’s most popular game by active monthly users, beating Minecraft and Counter-Strike: Global Offensive.

Hoping to emulate this popularity, Gala Games’ GRIT will be the first title on the Epic Games Store. Much like Fortnite, GRIT is a battle royale game but set in the gun-slinging Wild West.

GALA spiked 9.6% following the news before dipping to $0.07764 at press time. The recent crypto downturn has hit GALA hard, with the token down 52% in value since the start of May.

Blockchain and NFT games are banned on Epic’s competitor Steam

Valve’s Steam, Epic’s main competitor in the PC gaming space and also the largest games storefront, does not allow any blockchain or NFT games on its marketplace, according to Valve’s rules for publishers.

Valve co-founder and president Gabe Newell said in a February interview with Eurogamer that blockchain is a great technology but noted that the way it was being utilized currently was “pretty sketchy” and “you sort of want to stay away from that.”

GALA claims to be designed to power the Gala Games ecosystem to support gaming re-imagined to benefit creators and players, alike. Learn more