Attorney Jonathan Levy, representing victims of crypto crime, proposes a "superfund" paid for by imposing a tariff on crypto transactions to compensate victims. 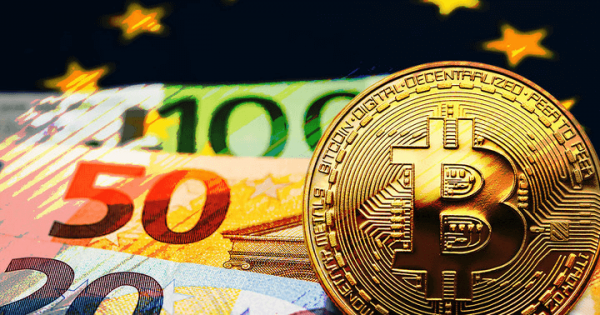 A petition to the European Parliament for the creation of a crypto compensation fund is gathering steam following recent scandals, in particular happenings at Celsius Network.

The petition organizer, Jonathan Levy, wrote that the EU must create a fund paid for by “taxing” transactions to provide restitution for victims of crypto crime.

Although Celsius is not under criminal investigation, Levy alleged the company is guilty of criminal wrongdoing.

Celsius is repaying its debt

On June 13, the crypto lending and borrowing platform suspended withdrawals due to “extreme market conditions.” Weeks before, rumors the company was insolvent were floating around social media — a claim CEO Alex Mashinsky denied at the time.

It later emerged that Celsius was engaging in risky high leveraged trading with users’ funds and had come unstuck during the market downturn.

Since July 1, on-chain data shows the company paid off $183 million of its collateralized debt to Maker. Crypto Twitter posted more instances of Celsius paying down other debts over the past few days.

Celsius has paid down another $50M toward the Aave loan!

This is massive! @CelsiusNetwork continues to work toward freeing up customer funds. They are doing exactly what we want to see!! 🔥 https://t.co/j1kLm1H0ow pic.twitter.com/bXXNTVxZKr

Co-founder of Onchain Captial Ran Neuner asked the Twitterverse if anyone knew where Celsius was getting the money.

As a private company, details of Celsius’s financial situation are unknown. However, these active measures give hope to users with funds locked up on the platform.

Levy initially submitted the compensation fund petition to respond to losses incurred through criminality. Previously, he had been lobbying the European Commission, on behalf of his clients, over matters regarding the OneCoin scandal.

Therefore, a compensation fund is necessary to directly help victims of crypto crime and fulfill the EU’s obligations in overseeing the digital asset market.

At this stage, happenings at Celsius are not under criminal investigation. The consensus is that woes at the company were the result of mismanagement rather than a deliberate attempt to defraud investors.

Nonetheless, Levy alleged in an email sent to CryptoSlate that Celsius, in conjunction with its custodian Fireblocks, had been complicit in covering up “risky rehypothecation practices” for more than a year.

“The claims about the existence of insurance by Celsius is a classic misdirection by Mr. Mashinsky, such insurance as may exist does not protect investors from the reckless lending practices of Celsius nor the nonfeasance of its custodian Fireblocks.”

Celsius states it does not operate an insurance plan. However, Fireblocks does provide insurance cover for digital assets held by Celsius in cold storage.

“However, we generate interest rewards by deploying assets. When these assets are out of Celsius’s control, they can’t be insured by such insurance.”

In other words, those crypto-assets are not covered for losses when “deployed” for yield generation by Celsius.

Representing a network of individuals and companies, who have collectively lost €10 billion, including a client with “several million euros” frozen by Celsius, Dr. Levy proposes an industry-funded “superfund” to compensate victims of crypto crime.

The fund would be paid for by implementing “an unnoticeable .0001 cent per €” on each crypto transaction. Dr. Levy stated that the proposal is feasible considering “daily crypto asset volume has been as high as €2 trillion recently.”

According to CoinMarketCap, the last 24 hours saw $64.2 billion in volume globally.

At this stage, it’s unclear whether the proposal is intended for transactions conducted within the EU only. If so, there may be a shortfall between expectations and the actual “taxation” fee should EU lawmakers implement this proposal.

Levy was contacted for clarification, but a response has yet to be received.