Dogecoin millionaire gives away his 2014 investment in an augmented reality mobile game. 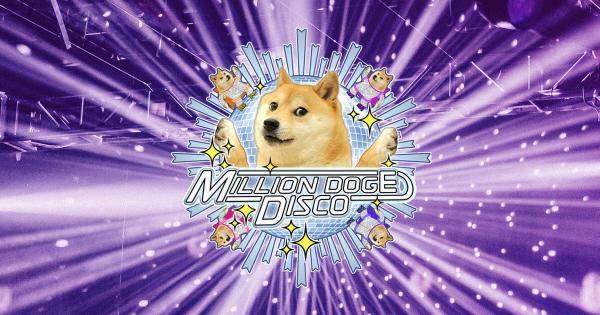 Gary Lachance, a Canadian Dogecoin millionaire and the co-founder of a global party movement dubbed Decentralized Dance Party (DDP), which has attracted hundreds of thousands of participants worldwide since its launch in 2009, developed the concept for the game and is giving away one million of his personal Dogecoin to players.

“One million Dogecoin and other digital NFT artifacts will be scattered across the globe. Each player will earn a Tamagotchi-style, interactive, Disco Doge NFT or ‘Dogeagotchi’ that you can dance with in augmented reality, receive daily ‘Dogely’ wisdom from, and use to collect Dogecoin and other rewards, ” said Lachance about the game concept.

He stated the intent was to develop a Pokemon GO style, augmented reality game, accessible from any smartphone, powered by the BLOCKv platform for creating highly programmable, interactive NFTs.

“We will also debut a ‘Proof of Partying’ mechanism that incentivises everyone, everywhere to dance with their Doges in order to receive Dogecoin donations from the community,” said Lachance, while interest in the game keeps growing.

This looks really involved and interesting! Some like tomogotchi meets Pokémon go meets dogecoin 🙂 interested to see it all in action!

Game on for DOGE?

Lachance bought this one million Dogecoin in 2014 for roughly $240 and kept it on a simple paper wallet with two QR codes for adding and subtracting value.

Due to the token’s unprecedented rise in popularity, which was accompanied by its dramatic 10329% price surge during the past year’s period, the current total of Lachance’s giveaway comes close to a quarter-million US Dollars.

Dogecoin owes its fame largely to Elon Musk, who shilled the controversial meme token while critics kept arguing it lacks utility and has no prospect of mainstream adoption.

Crypto finds its playful way into everyday life, which keeps moving faster and further into the digital realm during the ongoing pandemic, while the “mainstream adoption” keeps unfolding itself as a yet-to-be-defined concept.