Lloyd Blankfein now sees the benefits of crypto, but what brought about this change in mind? 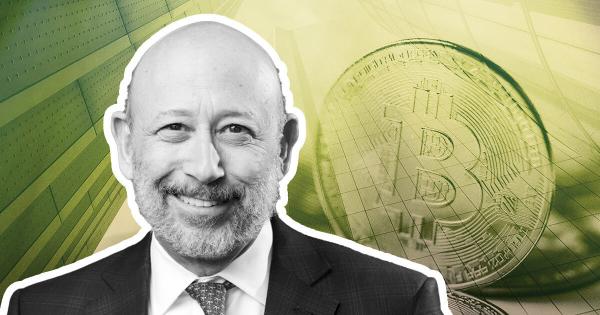 Having voiced concerns about crypto in the past, ex-Goldman Sachs CEO Lloyd Blankfein said his views on digital assets are evolving.

Speaking to CNBC, Blankfein conceded that the past year or so had seen a maturation of the space, leading him to re-assess his position on cryptocurrency.

The comments mark a dramatic shift in perspective, especially coming from an ex-banker and during a sell-off period.

When it comes to the enduring debate of Bitcoin vs. the banks, we each have our own take on the matter.

With that, it was no surprise to hear Blankfein badmouthing crypto in the past. In January 2021, Blankfein pointed out that regulators have a vested interest in keeping crypto in check. Implying the digital currency sector will never hit the heights it aspires to reach.

“If I were a regulator … I would be kind of hyperventilating at the success of [bitcoin] at the moment and I’d be arming myself to deal with it.”

He also rehashed clichéd arguments on Bitcoin’s volatility, making it a poor value store. And on the illicit use of cryptocurrency, especially as a vehicle for money laundering.

Crypto advocates would say the illicit use of cryptocurrency makes up only a tiny fraction of its overall activity. In a blog post, Coinbase puts it at less than one percent of transactions. Adding that legacy systems are far more culpable for facilitating criminal activity.

Blankfein is coming around to crypto

Fast forward to now, and the former Goldman Sachs CEO told CNBC that he had softened his stance towards crypto.

Recounting a time before mobile phones became ubiquitous, Blankfein said he couldn’t understand why people would want to carry around a “backpack” phone when phone booths were everywhere.

The point is no one, including himself, can predict the future. However, in trying to do so, he looks at what is happening now in the present. And based on his observations, crypto “is happening.”

Explaining further, Blankfein said despite his skepticism, he sees the trillions of dollars of capital inflow, the burgeoning ecosystem being built, and the benefits, such as instant transfer.

With that, his pragmatism on the matter overrules his skepticism to the point he wants “an oar in that water.”